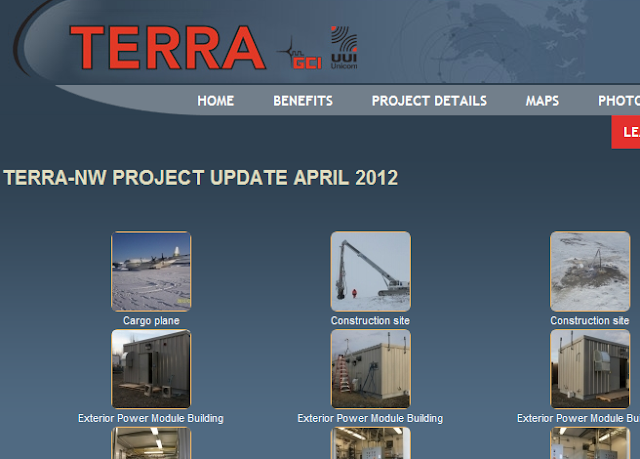 Drifters Chilled Over 50-Percent of Their Catch Last Year in Bristol Bay 04/26/12
A new report indicates that for the first time ever the Bristol Bay drift-net fleet chilled over 50-percent of the harvest last year. KDLG's Mike Mason has the details. (5:49)... http://kdlg.org/news/archive.php?id=1868

Apr 25, 2012 - 09:46 AM AKST
Exports have record year with seafood, weak dollar
ANDREW JENSEN
Led by seafood, Alaskan exports enjoyed another record year in 2011 with a value of more than $5.2 billion, a $1 billion increase from 2010. The previous record for Alaska exports was set in 2010 at $4.2 billion, just greater than $4 billion in exports in 2006 and 2007, and last year’s numbers were a 57 percent increase versus $3.3 billion in exports in 2009. Seafood topped the growth with a 35 percent increase in value during 2011 compared to 2010, and accounted for nearly half the state exports at $2.5 billion. All data are from the U.S. Census Bureau..... http://www.alaskajournal.com/Alaska-Journal-of-Commerce/AJOC-April-29-2012/Exports-have-record-year-with-seafood-weak-dollar/

Halibut bycatch the topic of Seattle workshop
April 26, 2012 | Vol. 39, No. 17
Brainstorming over halibut bycatch is the theme of a two day workshop this week in Seattle.
Topping the discussions:  the methods used to collect bycatch numbers and the accuracy of the data. Setting a precedent: the IPHC and NPFMC working together to reduce the estimated 10 million pounds of halibut taken as bycatch and discarded in Alaska’s fisheries. “As far as I know, this meeting represents a first ever joint effort by the two bodies to meet together to discuss current "science" and/or research,” said Duncan Fields of Kodiak, a member of the North Pacific Fishery Management Council.The NPFMC sets halibut bycatch limits in federal-water fisheries, which produce 80% of Alaska’s seafood landings.   The International Pacific Halibut Commission tracks and studies the stocks and sets annual catch limits for commercial halibut fisheries in the U.S. and Canada.... http://www.petersburgpilot.com/story/2012/04/26/dockside/halibut-bycatch-the-topic-of-seattle-workshop/195.html

The Alaska Fisheries Report with Jay Barrett
Apr 26, 2012
Coming up this week, the gillnet herring fishery in Southeast could be going on as we speak, after fishermen were put on two-hour notice Monday night; Now is the time to start getting prepared for new fishing vessel safety regs going into effect next y ear, and putting on your best face when the fish council comes to town. We had help this week from KFSK's Matt Lichtenstein in Petersburg, Jennifer Canfield in Kodiak and KDLG's Mike Mason in Dillingham.... http://www.kmxt.org/index.php?option=com_content&task=view&id=3744

Systems Compete to Clean Your Boat Engine Oil
Jennifer Canfield/KMXT
Oil filtration systems have been used for years on long haul rigs in the Lower 48. Two competing manufacturers of this technology had booths at ComFish earlier this month. The system filters out the very smallest particles from oil and leaves it so clean that one manufacturer claims his filter actually increases the quality of even brand new oil and both claim that their system will significantly increase the life of your engine. KMXT's Jennifer Canfield interviewed Chris Peterson of Kleenoil and Randy Fields of Filtration Solutions Worldwide. Both hope to see this technology become the industry standard for fishing vessels in Alaska.... http://www.kmxt.org/index.php?option=com_content&task=view&id=3746

Great expectations: Salmonstock festival grows
Posted: April 25, 2012 - 8:48am  |  Updated: April 25, 2012 - 5:02pm
By Brian Smith
Peninsula Clarion
In any Alaska town it's easy to find a contingent of locals who advocate for the protection of wild salmon. But in Ninilchik last August it was hard not to find someone with salmon on the brain as more than 3,000 Alaskans and Outsiders flocked to the small town of about 850 people for the inaugural Salmonstock put on by the Renewable Resources Coalition and Foundation. However, the event, which featured scores of musical acts, performers, art exhibits, beer and other festival wares spread over three days, was.... http://peninsulaclarion.com/news/2012-04-25/great-expectations-salmonstock-festival-grows

Is Atlantic Salmon (Farmed Salmon) Linked to Obesity and Diabetes?
Posted: 04/24/2012 12:21 pm
Rates of diabetes are climbing at an alarming rate. Across the world, the rates of the development of diabetes are dramatically increasing. In 2000, an estimated 2.8 percent of all persons in the United States had been diagnosed with diabetes (171 million), and it was predicted to hit 4.4 percent by 2030 (366 million persons). But, because the rates were increasing so fast, by 2010, the estimated rate of diabetes for 2030 was increased to 6.4 percent of all persons (439 million). The prevalence of adult obesity in the U.S. has also risen dramatically over the last three decades to more than 35 percent. Medical costs of obesity reached $147 billion per year in the U.S. in 2008 and accounted for up to 16.5 percent of medical care costs. The commonly-accepted risk factors for Type 2 diabetes (T2DM) include: obesity, sedentary..... http://www.huffingtonpost.com/dr-walter-crinnion/salmon-diabetes_b_1332820.html

Talking Sustainability and Fish with Paul Greenberg
BY SUE MCCRORY Apr 26, 2012, 2:50 PM
In the run-up to the New England Sustainable Seafood Teach-In this Sunday at Harvard, PRK speaks below with Paul Greenberg. Paul is the author of Four Fish: The Future of the Last Wild Food, published in 2010. He won a James Beard Award in Writing last year for the book, which is now a NY Times bestseller, and he lectures widely on the topic of sustainable seafood. Paul’s keynote address will open the Teach-In this weekend. To continue getting our head around the issues– particularly complex for New England – we asked Paul a few questions upfront.... http://publicradiokitchen.wbur.org/2012/04/26/talking-sustainability-and-fish-with-paul-greenberg

USDA Holds First Tribal Collaboration Meeting with Alaska Tribal Governments
Posted by Tiffany Zulkosky, USDA-RD West Area Director, on April 25, 2012 at 11:28 AM
As rural communities begin to shake off the remnants of a record-breaking winter, the U.S. Department of Agriculture Rural Development – along with several sister agencies – held the first of several Alaska Tribal Collaboration meetings in Bethel on Friday, April 13. In a state home to nearly half of our nation’s federally-recognized tribes, President Obama’s mandate for federal agencies to “engage in regular and meaningful consultation and collaboration” with American Indian and Alaska Native tribes carries with it particular importance. Fifteen tribal representatives and a handful of their non-profit partners from throughout the Yukon-Kuskokwim Delta region, gathered at the Yupiit Piciryarait Cultural Center for.... http://blogs.usda.gov/2012/04/25/usda-holds-first-tribal-collaboration-meeting-with-alaska-tribal-governments/

USGS mapping project promises major update for Alaska
by Lorien Nettleton ~ April 18th, 2012
For many Alaskans, any vacation planning starts with clearing room on the kitchen table and unrolling a map.  Many of these maps have been made by the United States Geological Survey. The USGS has been the  authoritative mapping organization for the united states government for 132 years. In the 1990s they completed a 50-year effort to map the entire United States. Now the USGS is on the verge of completing a total re-mapping of the united states, and the results will be digitally available online..... http://ktna.org/2012/04/18/usgs-mapping-project-promises-major-update-for-alaska/


NUGENT REVEALS DETAILS TO BECK ABOUT THE ALASKAN HUNTING TRIP THAT MADE HIM A TARGET OF THE FEDS | HaulingGear.com bit.ly/JGSGnq
— Hauling Gear #Alaska (@haulinggear) April 26, 2012