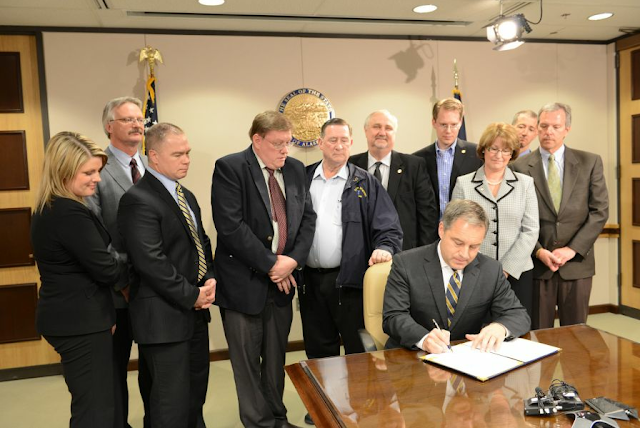 Anchorage, Alaska - As part of a multi-year effort to improve the regulatory process for state permits, Governor Sean Parnell has signed legislation allowing the Department of Natural Resources to reduce administrative costs, simplify rules, and reduce the time it takes to process certain types of permits and authorizations. House Bill 361 was introduced by Governor Parnell.

“Having a more efficient, timely, and certain permitting system is necessary to increase economic and employment opportunities in Alaska,” Governor Parnell said. “A broad consensus is emerging across the country that permitting reform at the state and federal level is needed to unleash U.S. economic growth. Alaska is at the forefront of these efforts.”

“This tax is burdensome, complicated and makes no fiscal sense,” Governor Parnell said. “It costs as much to administer as the amount recovered. Repealing the tax will also lift a burden on small Alaska business.”