The injured captain of the 86-ft Providence was transferred to the 87-foot Flying Ocean and the Flying Ocean crew began making way towards Kodiak to shorten the helicopter's flight distance.

The Jayhawk crew rendezvoused with the Flying Ocean crew near Sutwik Island and safely hoisted the patient at 6:54 a.m. before returning to Kodiak and transferring him to emergency medical services.

"Help from good Samaritans like the Flying Ocean crew significantly reduces response time in medevac cases," said Master Chief Jeremiah Roberts, a watchstander at the 17th Coast Guard District command center. "The willingness of mariners to help others on the water has saved countless lives, and the Coast Guard is grateful for their assistance."

The patient was listed in stable condition. 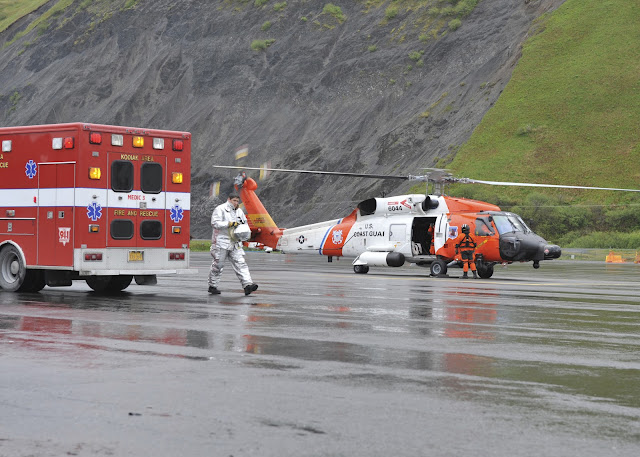