The Coast Guard received a call at 11:35 a.m. that the 56-foot fishing vessel Scandia was taking on water and the crew was unable to keep up with the rate of flooding. As a result, the crew donned survival suits, deployed a 17-foot skiff and abandoned ship.

All five crewmembers of the Scandia were hoisted from the skiff at 1:23 p.m. and safely delivered to Air Station Kodiak. There were no injuries or medical concerns reported by the crew.

“The crew of the Scandia was well prepared by having essential safety gear on board,” said Petty Officer 1st Class Michael McCandless, Sector Anchorage Command Center watchstander. “Having survival suits, a life raft, and a skiff available was vital to their survival until the Coast Guard could get on scene.”

The fishing vessel was reportedly caring 1,200 gallons of diesel and 80 gallons of lube oil, however, there have been no reports of pollution at this time.

The vessel remains partially submerged more than 70 miles west of Kodiak. The Coast Guard is conducting radio broadcasts encouraging all boaters the keep a sharp lookout and use caution while transiting the area. 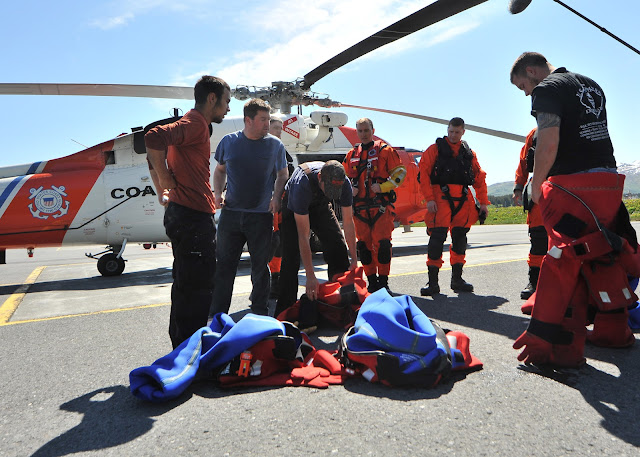 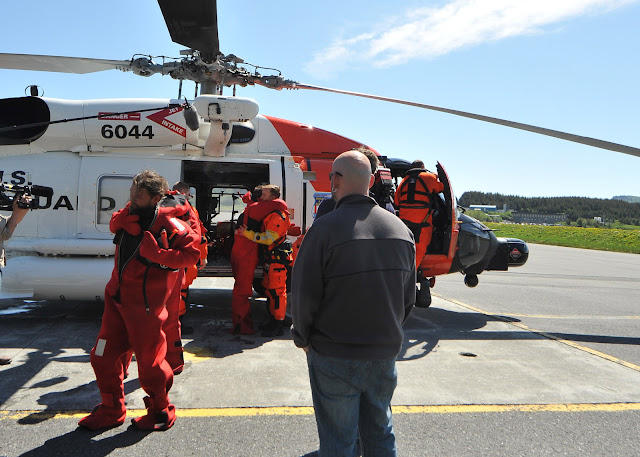