JUNEAU, Alaska — Coast Guard personnel are coordinating with the Army Reserve, the Alaska Department of Environmental Conservation, Alaska Chadux Corporation and other stakeholders in response to the diesel fuel spill that occurred Friday night as a result of damage to the Army vessel Monterrey in Chiniak Bay near Kodiak.

Two booms have been put in place around the beached 174-foot landing craft, and a third boom is being placed at the mouth of the Buskin River, an environmentally sensitive area. Response teams are exploring the possibility of skimming vessels to clear surface fuel.

"Now that the crew of the Army vessel is safe, our number one priority is to limit the impact of the leaked fuel," said Lt. Matthew Zinn, supervisor of MSD Kodiak. "Environmental stewardship is a statutory mission for the Coast Guard, and protecting the pristine Alaskan coast is very important to us." 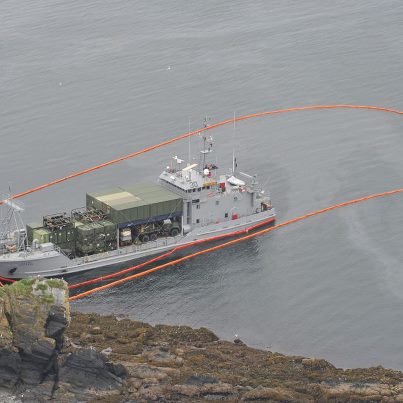 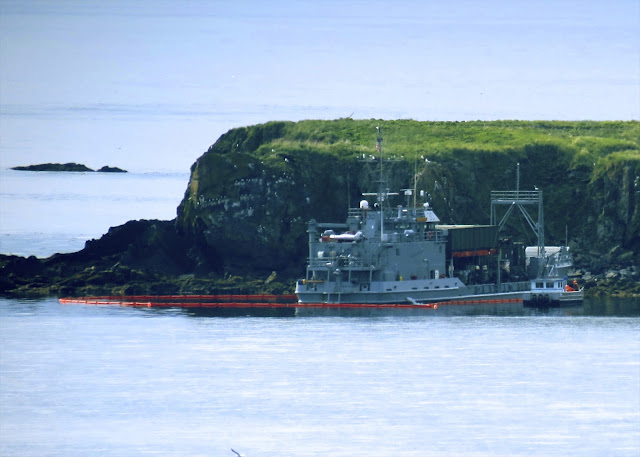