USCG - KODIAK, Alaska – The Coast Guard and cooperating agencies developed a plan to tow a 353-foot vessel with a significant ammonia leak to a mooring buoy six miles north of Dutch Harbor Saturday to ensure the safety of the local community.

Unified command representatives have determined that the leak poses no danger to the public.

A Coast Guard Sector Anchorage watchstander received the report of the ammonia leak aboard the Excellence at 1:13 p.m. Friday. The Excellence, which was moored in Dutch Harbor, evacuated all 129 crewmembers from the vessel.

The Unalaska Fire Department reported that an unknown amount of ammonia was released, with a full potential of 20,500 pounds onboard the Excellence. Due to an inability to safely access the leak, the fire department set a 500-foot exclusion zone around the vessel and sprayed down the vessel with water in an attempt to reduce the fumes emanating from the Excellence.

The hazardous material team accessed the vessel again on Saturday and measured high levels of ammonia near the affected space, indicating a continued ammonia release.

The unified command met Saturday afternoon and developed a plan to move the vessel to a mooring buoy to ensure the safety of personnel and property.

The tug Double Eagle towed the Excellence to a mooring ball in Wide Bay to isolate the vessel from the community Saturday evening. 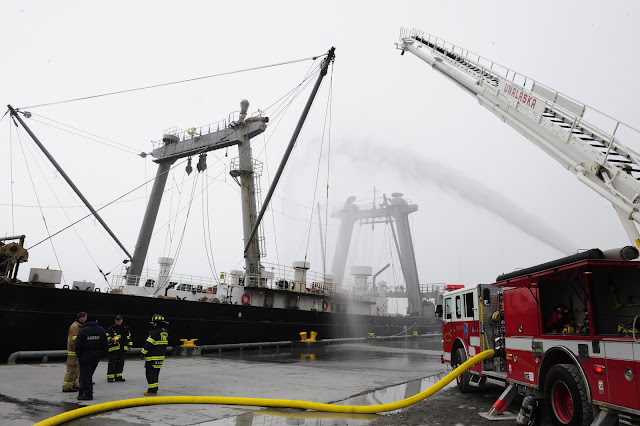 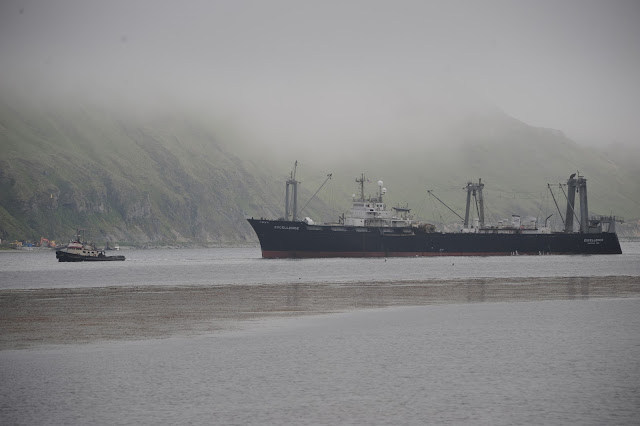