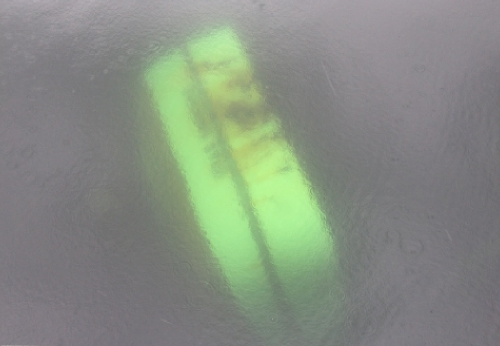 Empty promises — Set-netters allowed to fish but haul in slim pickings
By Jenny Neyman
Redoubt Reporter
AUGUST 8, 2012 · 9:58 AM
After spending all but three days of their season sitting high and dry on the beach, the Juliussen family’s gillnets stretched out into Cook Inlet from their fishing site south of the Kasilof River on Monday, in the first opening east side set-netters have seen since their commercial sockeye fishery was closed July 19. But the nets did not come back full enough... http://redoubtreporter.wordpress.com/2012/08/08/empty-promises-set-netters-allowed-to-fish-but-haul-in-slim-pickings/

Cook Inlet opening for set netters sets off a Kenai king firestorm
Mike Campbell | Aug 07, 2012
For just the second time this summer, the Alaska Department of Fish and Game on Monday allowed set netters working the east side of Upper Cook Inlet to put their nets in the water, citing an improving return of king salmon to the Kenai River. “We were able to allow a regular period for the set-net fishery knowing we were going to catch some small amount of kings,” Pat Shields, area biologist in the commercial fishing division of Fish and Game, told the Peninsula Clarion. “There are enough kings now on the river that we felt comfortable with a little potential harvest.” But not everyone is happy. “Without a demonstrable harvestable surplus of Kenai kings, the opening of the commercial set net fishery is inconsistent with (Fish and Game’s) fishery management plans and contrary to king salmon conservation...... http://www.alaskadispatch.com/article/cook-inlet-opening-set-netters-sets-kenai-king-firestorm

Science panel hears debate over EPA's Pebble mine report
12 charged with judging agency's conclusions on huge, controversial project.
By LISA DEMER
Anchorage Daily News
Published: August 7th, 2012 10:04 PM
Last Modified: August 7th, 2012 10:05 PM
Twelve scientists began their evaluation of a federal study of a huge proposed mine and whether it can be developed in the Bristol Bay area without harming salmon. They were immediately confronted by the impassioned debate between supporters and opponents of a Pebble copper and gold mine..... http://www.adn.com/2012/08/07/2576523/science-panel-hears-debate-over.html

Crossfire over controversial Pebble Mine boils in Anchorage session
Jill Burke | Aug 07, 2012
The controversy over potential mining development in one of the world's most prolific and pristine fishing grounds landed in Anchorage Tuesday, where a scientific panel convened to analyze whether the U.S. Environmental Protection Agency's inquiry into the merits and dangers of such activities in Alaska's Bristol Bay region is on the right track. The 12-member independent panel of hydrologists, fish biologists, geologists, wildlife experts and other scientists is charged with evaluating the quality of the EPA's first draft of its Assessment of Potential Mining Impacts on Salmon Ecosystems of Bristol Bay, Alaska, published in May. The study concluded that large-scale mining would impact the area's world-class salmon runs  -- whether everything with a future mine goes..... http://www.alaskadispatch.com/article/crossfire-over-controversial-pebble-mine-boils-anchorage-session

Fuglvog crewmember, IFQ holder convicted for falsely reporting catches
by Matt Miller
August 7, 2012 12:57 pm
An Anchorage jury has returned with a split verdict for a fisherman accused of falsely reporting his black cod or sablefish catches from the Gulf of Alaska. The man was a fishing companion of Arne Fuglvog, the disgraced former Highliner of the Year who was also convicted of a similar charge. Freddie Joe Hankins was acquitted of making a false statement and making a false Individual Fishing Quota landing report for black cod caught in April 2007. But he was convicted in U.S. District Court in Anchorage last Wednesday on two identical charges for a landing made in May 2007. “Yeah, it’s very puzzling to me,” said Hankins attorney David Smith. He believes the... http://www.ktoonews.org/2012/08/07/fuglvog-crewmember-ifq-holder-convicted-for-falsely-reporting-catches/

Bristol Bay Native Association first Alaska winners of USDA grant competition
Carey Restino | Bristol Bay Times | Aug 07, 2012
The Bristol Bay region fisheries and seafood processing industry got a federal boost Tuesday when the USDA announced the area was one of 13 nationwide to win the Rural Jobs and Innovation Accelerator Challenge. A grant of $405,023 from the USDA Rural Development and U.S. Economic Development will go to the Bristol Bay Native Association in Dillingham to fund the Bristol Bay Jobs Accelerator Project. "These winners were selected from... http://www.alaskadispatch.com/article/bristol-bay-native-association-first-alaska-winners-usda-grant-competition

Navy Testing Unmanned Undersea Vehicles (UUV) in Narragansett Bay | Video
Posted on August 7, 2012 at 11:46am by Liz Klimas
NEWPORT, R.I. (TheBlaze/AP) — UAVs — unmanned aerial vehicles — have been getting at lot of attention in the media for various reasons of late, but they’re not the only drones out there. Underwater versions – unmanned undersea vehicles or UUVs — are being tested by the military for warfare and other purposes..... http://www.theblaze.com/stories/navy-now-focusing-on-underwater-drones-game-changers/