Looking for answers
Local fishermen meet with state and local authorities to discuss season failure
Posted: September 22, 2012 - 9:06pm  |  Updated: September 22, 2012 - 9:24pm
By Rashah McChesney
Peninsula Clarion
Emotions ran high during a Friday town meeting at the Peninsula Grace Brethren Church in Soldotna where fishermen gathered to talk about economic disaster relief and hear Alaska Department of Fish and Game managers discuss the disastrous 2012 fishing season.  The meeting was broken into two parts and brought more than 100 fisherman during the first half, which dealt with economic relief questions. The crowd swelled to more than 140 when Fish and Game’s Commissioner Cora Campbell, commercial fishing division director.... http://peninsulaclarion.com/news/2012-09-22/looking-for-answers

No invasives found on Endeavour jack up rig
By Naomi Klouda
Homer Tribune
Sep 21, 2012
An environmental review of the jack up rig Endeavour found that it contains no live organisms or invasive species that could pose a threat to Kachemak Bay.
URS Alaska senior biologist Dave Erikson, the consultant based in Homer and hired by Buccaneer Alaska on Sept. 8, concluded his report by saying: “The extended period of time the rig was in dry dock, approximately six months, appears to have been long enough to kill whatever invertebrates and algae had become attached during or before the time it was cold-stacked.” The 15-page environmental review was released to the Homer Tribune today, Friday. The Endeavour, formerly called the Adriatic XI, was left moored in 40-50 feet of water in Malaysia in 2009, and remained there until it was purchased in a joint agreement between Buccaneer and the Alaska Industrial Development and Export Authority in 2011 for $68 million. It was dry-docked six months while undergoing repairs and upgrades in Singapore.
“In addition, after spending months in dry dock, the rig underwent its 30 day... http://homertribune.com/2012/09/no-invasives-found-on-endeavour-jack-up-rig/

Nisqually Tribe has new tool for separating wild, raised salmon
JOHN DODGE | Staff writer • Published September 22, 2012
A plastic pipe fence the length of a football field stretches across the Nisqually River near Joint Base Lewis-McChord property, signalling a new era in fisheries management for the Nisqually Tribe.The portable dam, which includes traps and augers to lift the fish into holding tanks, is designed to capture every fall chinook salmon that has made it through a gauntlet of fisheries that stretches from Alaska to the river. Once their migratory journey is halted, tribal crews sort the fish into two distinct groups: fish that were reared in one of the tribe’s two downstream hatcheries and........ http://www.theolympian.com/2012/09/21/2259640/nisqually-tribe-has-new-tool-for.html

Tara Hatherly|Sep 23, 2012 - 4:30 AM
Bringing back the salmon in Ajax
Specialized equipment is a first for the Great Lakes
DURHAM -- A piece of monitoring equipment never before used in the Great Lakes will soon be installed in Ajax to help further the Bring Back the Salmon program.
The special weir came from Alaska for the Bring Back the Salmon program, which aims to return a thriving, self-sustainable Atlantic salmon population to Lake Ontario. The program is a joint effort by Ontario Power Generation, Ontario's Ministry of Natural Resources, the Ontario Federation of Anglers and Hunters and other groups. The weir will catch fish in Duffins Creek, allowing researchers to perform genetic testing to see which strains stocked by the....... http://www.durhamregion.com/community/petsanimals/article/1506780--bringing-back-the-salmon-in-ajax


Race is on as ice melt reveals Arctic treasures; • China is positioning itself to be a critical player in Greenlandbendbulletin.com/article/201209…
— Hauling Gear #Alaska (@haulinggear) September 23, 2012


Please be patient if you have noticed EAS going off a lot. The state is testing new equipment.EAS Saves lives! twitter.com/NWSAlaska/stat…
— NWS Alaska Region (@NWSAlaska) September 22, 2012


@haulinggear good to see lower 48 has time to share our news.that has noting to do with Palin bashing for once
— Rovahn (@Rovahn) September 22, 2012 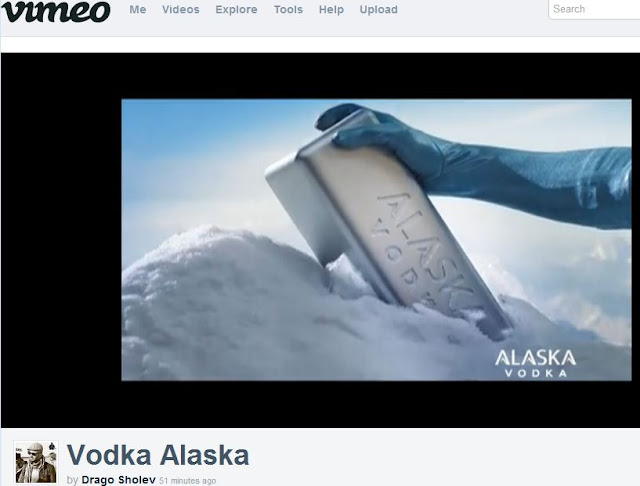