Dec 27, 2012 - 10:27 AM AKST
Mixed outlook for fish stocks, new regs
MOLLY DISCHNER, ALASKA JOURNAL OF COMMERCE
Alaska’s fisheries are in for a mixed year in 2013, if current management expectations hold true. State forecasts and federal catch limits call for increased harvests of some species — like pollock — while other runs may fall shorter than in prior years. Pollock harvesters heard good news when the North Pacific Fishery Management Council, or NPFMC, set 2013 catch limits. The total allowable catch, or TAC, for Bering Sea and Aleutian Islands pollock was set at 1.27 million metric tons, about a 4 percent increase versus the 1.22 million metric ton harvest for 2012. The Pacific cod harvest for the BSAI was set at 260,000 metric tons, a slight decrease from 2012. In the Gulf of Alaska, pollock will also go up and cod will also go down. The TAC for Gulf pollock is.... http://www.alaskajournal.com/Alaska-Journal-of-Commerce/December-Issue-5-2012/Mixed-outlook-for-fish-stocks-new-regs/

Love your CSA? (Community Supported Agriculture Program) Now there’s one for seafood, too
Posted: Thursday, December 27, 2012 1:58 pm | Updated: 3:45 pm, Thu Dec 27, 2012.
Shannon Kuhn
Meet Charlie and Theresa Peterson. They purchased their first boat in 1988 and began seining around Kodiak. Twenty-three years and three children later they are grateful to still be earning a living from the sea and enjoying the rugged splendor of Kodiak Island. The Peterson family depends on a variety of fisheries to make a living: Tanner crab, Pacific cod, herring, salmon and halibut. All of their children lend a hand in fishing operations, and son Charlie Jr. will help run the boat with his dad during the upcoming Tanner crab season. Today, you can be a part of Charlie, Theresa, and other Kodiak fishermen’s lives. A local program called “Catch of the Season” is connecting consumers with producers, bringing the story behind the catch from..... http://www.anchoragepress.com/food_and_drink/food_review/love-your-csa-now-there-s-one-for-seafood-too/article_e0bf5148-5078-11e2-af0f-0019bb2963f4.html

Southeast nonprofit sues over observer program
MOLLY DISCHNER
Dec 27, 2012 - 12:14 PM
This story was updated Dec. 27 to reflect comment from the National Marine Fisheries Service. An Alaska nonprofit filed suit in U.S. District Court last week over the new observer program set to take effect Jan. 1. In an amendment complaint filed Dec. 26, The Boat Company questions whether the at-sea observer program the National Marine Fisheries Service plans to use to monitor and manage bycatch in the Gulf of Alaska trawl fisheries is adequate. The Boat Company is a nonprofit (?) Southeast tour company that provides multi-day fishing trips. The original suit was filed Dec. 21 in Alaska district court. The Fisheries Service, or NMFS, published the final rule for a..... http://www.alaskajournal.com/Blog-Fish-Bytes/April-2012/Southeast-nonprofit-sues-over-observer-program/

Fish and Game predicts uptick in sockeye returning to Upper Cook Inlet
MOLLY DISCHNER
Dec 27, 2012 - 04:49 PM
Fishermen could catch a few extra sockeyes in Upper Cook Inlet waterways in 2013. Alaska’s Department of Fish and Game announced its sockeye salmon forecast for the Upper Cook Inlet today, projecting a total run of 6.7 million fish, and a harvest of 4.9 million for all users. That’s up slightly compared to a 2012 harvest of 4.4 million, and about 1 million more than the 20-year average harvest of 3.8 million fish.... http://www.alaskajournal.com/Blog-Fish-Bytes/April-2012/Fish-and-Game-predicts-uptick-in-sockeye-returning-to-Upper-Cook-Inlet/
Coast Guard Finds Safety Violations on Shell Rig
By Lauren Rosenthal
Thursday, December 27 2012
Shell’s Noble Discoverer drill rig has had several high-profile mishaps in 2012. Now, the Coast Guard says it found problems with the rig's on-board systems during an emergency inspection in Seward. Chief Petty Officer Kip Wadlow says the vessel was on the Coast Guard’s radar because of a stack fire that broke out while the rig was tied up in Unalaska in November. Then the Noble Discoverer headed for Seward, where Wadlow says it had problems with its... http://kucb.org/news/article/coast-guard-finds-safety-violations-on-shell-rig/ 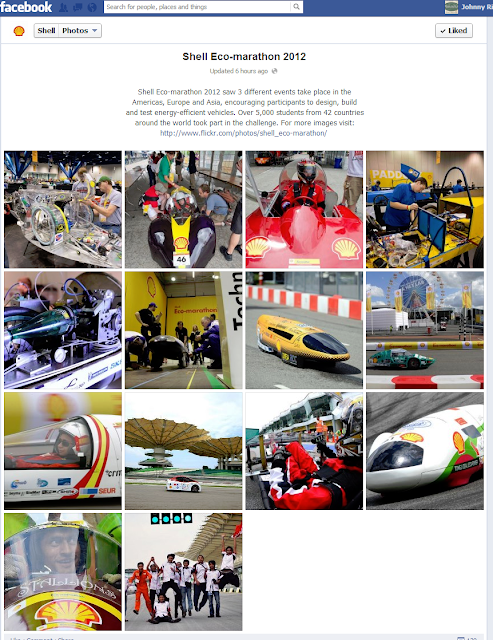 The Alaska Fisheries Report with Jay Barrett
Dec 27, 2012
Coming up this week: Alaskans react to the FDA’s latest action on Frankenfish, a new Petersburg hatchery is moving forward, and crab fishing for art. That’s all for this year’s production run of the Alaska Fisheries Report. And since it’s the last show of the year, let’s thank our underwriters, Alaska Boats and Permits, the Alaska Marine Safety Education Institute, the Alaska Seafood Marketing Institute... http://www.kmxt.org/index.php?option=com_content&task=view&id=4353

Dec 27, 2012 - 10:27 AM AKST
FISH FACTOR: Seafood contest underway; assessment out for modified salmon
LAINE WELCH, FOR THE JOURNAL
Alaska’s Symphony of Seafood will celebrate its 20th anniversary next year and the call is out for new entries to be introduced in the annual competition..... http://www.alaskajournal.com/Alaska-Journal-of-Commerce/December-Issue-5-2012/FISH-FACTOR-Seafood-contest-underway-assessment-out-for-modified-salmon/

Measure passed by Senate would improve ocean survey workforce
A bill to improve the National Oceanic and Atmospheric Administration's commissioned officer corps has passed the Senate by a unanimous vote, and likely will be taken up by the House in 2013.
Posted 12/28/2012
by - Cordova Times Staff
The NOAA Corps Amendments Act of 2012 provides mechanisms to more closely align NOAA Corps officers' obligations and benefits with other uniformed services. It helps the Corps improve both its diversity and retention of senior female officers, said Sen. Mark Begich, D-Alaska, who shepherded the bill through the Senate.... http://www.thecordovatimes.com/article/1252measure-passed-by-senate-would-improve-ocean


Google Rocks. But after viewing this from their #1 youtu.be/7qQojfZoR2w we feel the engineers probably deserve a longer Christmas break ;-)
— Hauling Gear #Alaska (@haulinggear) December 28, 2012


It's plumb crazy to us that @linkedin still doesn't have a Chrome app at chrome.google.com/webstore/ #JustSayin
— Hauling Gear #Alaska (@haulinggear) December 28, 2012