All boat crew members across the Coast Guard must participate in a survival swim annually to maintain their qualification. Participants must don their survival suits and flotation devices, then enter the water. Once immersed, crewmembers practice the Heat Escape Lessening Position, demonstrate use of several survival equipment items including a signal mirror and distress signal light and then swim 100 yards.

The 225-foot Sycamore was built by Marinette Marine Corp. in Marinette, Wisc., and launched July 28, 2001. It is the second Coast Guard cutter to be named Sycamore. The ship was commissioned in Cordova, Alaska, July 2, 2002, replacing the 180-foot Sweetbrier which had been stationed in Cordova since 1976. The crew conduct aids to navigation, search and rescue, maritime law enforcement and maritime environmental protection missions throughout Alaska but has also conducted patrols looking for drug traffickers in the Pacific Ocean. In 2010 Sycamore was part of the fleet of Coast Guard vessels that responded to the Deepwater Horizon oil spill in the Gulf of Mexico. 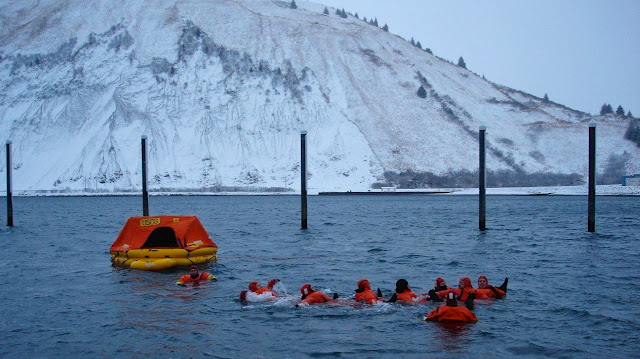 Kodiak: Aircrewmen swim for the raft 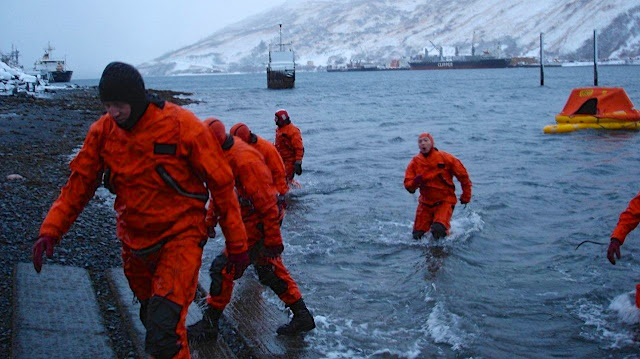