January 15, 2013
Kulluk to Remain Amidst Tanner Crab Fishery Opening
Jan. 14, 2013
Divers started a detailed examination of the Shell drilling rig Kulluk's hull to assess if any damage was sustained in its going hard aground in a New Year Eve storm. The Kulluk sat on the beach at Sitkalidak Island for over a week before being towed to Kiliuda Bay. Remotely-operated underwater robots have also been used in the examination of the 266-foot rig's conical hull.... http://www.kmxt.org/index.php?option=com_content&task=view&id=4403

Update #41: Kulluk remains stable; Unified Command develops mitigation strategies for crab fishery
Jan. 14, 2013
Unified Command confirmed the following information today:
The Kulluk remains in stable condition with no reports of a release.
Data from the completed underwater assessment of the Kulluk continues to be analyzed.
Unified Command has developed mitigation strategies collaboratively with the Kodiak Crab Alliance Cooperative. This will reduce potential impacts to the fishery during the upcoming crabbing season. Mitigation strategies include the following: The Kulluk will remain onsite in the inner Kiliuda Bay until the conclusion of the Tanner Crab fishing season. A Marine Coordinator will be onsite to coordinate the movement of response vessels. An update will be provided every four hours to the crab fishermen. A claims process has been established for any crab fishermen losses that occur as a result of the Kulluk's presence in Kiliuda Bay during this year's Tanner Crab fishing season. Unified Command’s priorities continue to be the safety of all personnel and the environment.

City to upgrade emergency communication, preparedness still key
Posted: January 14, 2013 - 12:05am
By MELISSA GRIFFITHS
JUNEAU EMPIRE
After the recent earthquake, residents were shaken and wondering where to best get information and instruction. Tom Mattice of the City and Borough of Juneau’s emergency management department said CBJ is working on upgrading emergency communication, but that having a plan in place is an individual or family’s best course of action. If an earthquake of a certain magnitude occurs... http://juneauempire.com/local/2013-01-14/city-upgrade-emergency-communication-preparedness-still-key

New Hydro Plant Brings Cheaper Power to Atka
By Stephanie Joyce
Monday, January 14 2013
When Atka’s hydroelectric power plant came online at the end of last month, it was the culmination of decades of planning, according to city administrator Julie Dirks. “We started off with some reconnaissance studies, which were done back in the mid-80s, but back at that time, fuel was very inexpensive. They found that the cost benefit ratio was 1:1, so at that time it just didn’t make any sense.”.... http://kucb.org/news/article/new-hydro-plant-brings-cheaper-power-to-atka/

Globalstar's plan for an extra Wi-Fi band draws fire
Wi-Fi and Bluetooth backers say the proposal might hurt performance, but Globalstar says it won't.
January 14, 2013, 8:11 PM — A satellite operator's proposal to offer an extra channel of Wi-Fi might actually give average Wi-Fi and Bluetooth users less bandwidth, according to some industry groups that have commented on the plan in filings to the FCC. The plan by Globalstar, proposed to the U.S. Federal Communications Commission in November, calls for opening up a restricted part of the Wi-Fi band for a fourth usable channel, called Channel 14. But Globalstar would control who could use that channel. It might offer access in a variety of ways, including its own Wi-Fi networks, carrier partnerships and device firmware downloads. Monday was the deadline for filing comments to the FCC on Globalstar's plan, and... http://www.itworld.com/mobile-wireless/336122/globalstars-plan-extra-wi-fi-band-draws-fire


Alaska uses new sonar to rethink Kenai River king salmon management
Jenny Neyman | Redoubt Reporter | Jan 14, 2013
New numbers are out, setting the goalposts to which the late run of Kenai River king salmon will be managed. Scientists with the Alaska Department of Fish and Game have released a draft interim escapement goal recommendation calling for 15,000 to 30,000 late-run kings to escape fishing nets and hooks to spawn in the Kenai. The goal is a decrease from the previous range of 17,800 to 37,500 kings..... http://www.alaskadispatch.com/article/alaska-uses-new-sonar-rethink-kenai-river-king-salmon-management

BREAKING: $150M TO ZONE OCEAN TUCKED INSIDE SANDY AID BILL
By: Audrey Hudson
1/15/2013 08:14 AM
Tucked inside a massive spending bill intended to help victims of Hurricane Sandy but loaded with pork projects is $150 million for President Barack Obama’s ambitious plan to zone the oceans. If approved by the House today, the money will go to a regional ocean partnership to help begin implementation of Obama’s highly controversial National Ocean Policy..... http://www.humanevents.com/2013/01/15/breaking-150m-to-zone-ocean-tucked-inside-sandy-aid-bill/ 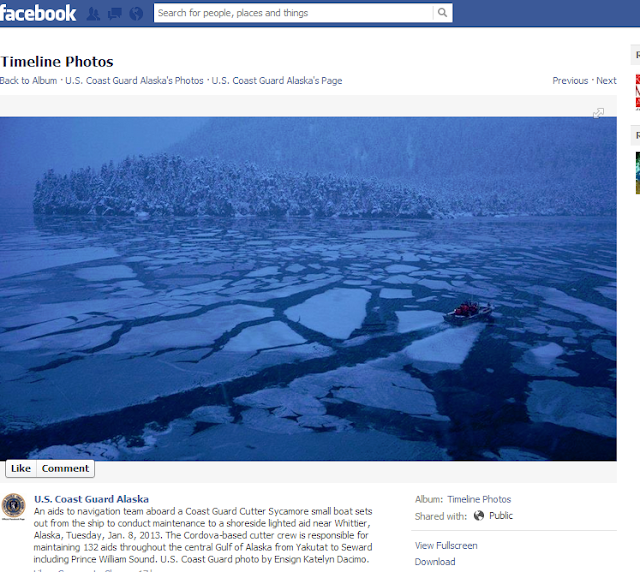 
CA #SeaLion that lost an eye to gunshot and was rehabilitated at SeaWorld is returned to the ocean. ow.ly/gNIdl #strandings
— Nat'l MarineLife Ctr (@MarineLifeCtr) January 15, 2013