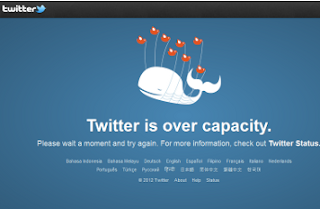 Marketing Alaska's seafood to the world
And putting more of it on Alaskan dinner plates
Posted: January 30, 2013 - 9:14pm  |  Updated: January 31, 2013 - 12:09am
By RUSSELL STIGALL
JUNEAU EMPIRE
Alaska’s seafood industry is the state’s largest private employer and its largest export market. Yet it has a narrow opportunity to grow in a world market that is growing in size and competition. Commissioner of Commerce Community and Economic Development Susan Bell said her department is working to bring down energy costs, develop infrastructure to bring goods to market and diversify Alaska’s economy. “We are really focused on marketing Alaska’s goods and services,” Bell said. Tyson Fick of the Alaska Seafood Marketing Institute said his organization currently has marketing..... http://juneauempire.com/state/2013-01-30/marketing-alaskas-seafood-world

Tsunami Debris Problem Gets Worse in Alaska, with Little Clean Up Funding In Sight
By Annie Feidt, APRN - Anchorage | January 30, 2013 - 5:19 pm
The beach on the southeast side of Montague Island stretches for nearly 80 miles of pristine wilderness. At least it looks pristine from a few thousand feet up. As our helicopter descends towards the shore, big chunks of white Styrofoam come into view..... http://www.alaskapublic.org/2013/01/30/tsunami-debris-problem-gets-worse-in-alaska-with-little-clean-up-funding-in-sight/

Jan 30, 2013 - 04:01 PM AKST
Bycatch still a hot topic at IPHC; new advisory boards formed
MOLLY DISCHNER, ALASKA JOURNAL OF COMMERCE
VICTORIA, B.C. — The annual meeting of the International Pacific Halibut Commission included a discussion on bycatch, which is the second-largest source of removals. The Bycatch Working Group reported on its activity so far, and said a report on bycatch would be done this summer, including an implementation plan. The group will also work this spring to develop longer-term ways of addressing and accounting for bycatch, and finalize a timeline for the shorter-term recommendations. The working group’s immediate recommendations include finding a way to account for the..... http://www.alaskajournal.com/Alaska-Journal-of-Commerce/January-Issue-5-2013/Bycatch-still-a-hot-topic-at-IPHC-new-advisory-boards-formed/


New England Fishermen Say New Regs Mean Ruin
By JAY LINDSAY Associated Press
PORTSMOUTH, N.H. January 30, 2013 (AP)
Minutes after New England fishery managers took a vote that cast doubt on the historic industry's future, the prospects most clear to Gloucester fishermen Paul Vitale were his own. "I'm bankrupt. That's it," said the 40-year-old father of three. "I'm all done. The boat's going up for sale." The New England Fishery Management Council on Wednesday approved a year-to-year cut of 77 percent on the Gulf of Maine cod limit and 61 percent for Georges Bank cod. The cuts come on top of a slew of other reductions, ranging from 10 to 71..... http://abcnews.go.com/US/wireStory/england-fishermen-face-grim-vote-cuts-18351059


Ocean conservation: A big fight over little fish
Size limits have been a part of fisheries management for decades, but some fear that they are doing more harm than good.
Brendan Borrell
30 January 2013.... http://www.nature.com/news/ocean-conservation-a-big-fight-over-little-fish-1.12325


Listening in on the House Fisheries Committee report from the Seafood Maritime Initiative. fb.me/2J3XENpbX
— UnitedFishermenAK(@UFA_Fish) January 31, 2013


On #TopChef Seattle the chefs must prepare meals on a cruise ship heading to Alaska...& it's down to the FINAL 4! bit.ly/WUPF5r
— Reality Nation (@Reality_Nation) January 31, 2013


Iridium Rep: “Today, the smallest device we have, the 9603, is about 20 millimeters by 2 millimeters" #AlaskaTracking forbes.com/sites/johnfarr…
— Hauling Gear #Alaska (@haulinggear) January 30, 2013