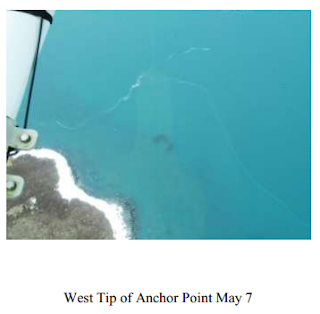 
This is the Alaska Department of Fish & Game in Dillingham with an update regarding the Togiak herring fishery.

Department staff flew an aerial survey of Togiak District today, May 7. Survey conditions were very good with light winds and mostly clear skies. A small school of fish was observed near the tip of Anchor Point. No fish were observed in the traditional entrance areas used by herring so we believe the fish that were observed are something other than herring. Sea lions were also observed during today’s survey flight. Weather permitting, we will survey the district on Friday, May 10.

Informational updates are available by calling our recorded message line at (907) 842-5226. This has been the Alaska Department of Fish and Game in Dillingham.