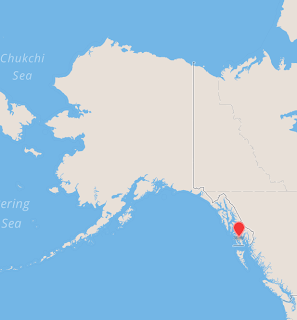 
The Jayhawk crew safely hoisted the injured pilot and three passengers from the crash site and medevaced them to emergency medical services in Ketchikan.

Klawock Search and Rescue personnel initiated a ground response from the nearby town. A float plane from the same charter company as the crashed aircraft relayed information on the state of the crash survivors to Coast Guard Sector Juneau watchstanders.

The helicopter crew located the de Havilland Canada DHC-2 Beaver, safely hoisted the injured pilot and passengers and transported them to Ketchikan.

"Our number one priority during this case was locating and medevacing the injured survivors of the crash," said Petty Officer 1st Class Christopher Harkins, a watchstander at Coast Guard Sector Juneau. "One of the contributing factors to the success of this case was the emergency locator transmitter on the aircraft, which allowed our helicopter crew to get on scene in a short amount of time."