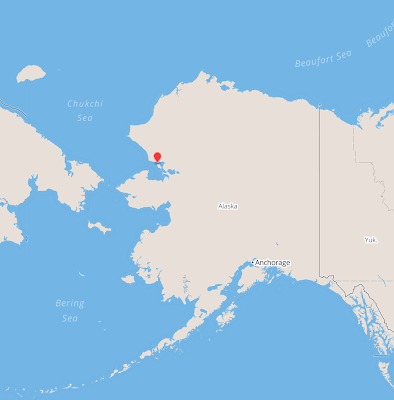 JUNEAU, Alaska — The Coast Guard opened its seasonal forward operating location in Kotzebue Friday in preparation for the anticipated increase of maritime activities in Western Alaska and the Bering Strait.

FOL Kotzebue, part of Coast Guard Arctic Shield 2013, will consist of one Kodiak-based MH-60 Jayhawk helicopter with supporting air and ground crews, and will be based out of the Alaska Army National Guard Hangar in Kotzebue.

FOL participation in the exercises, which have been designed to meet the objectives outlined in the Coast Guard’s Arctic Strategy for improving awareness, modernizing governance and broadening partnerships.

“It’s extremely important that we have a presence in the region to build interagency partnerships and increase our Arctic maritime domain awareness,” said Travers.

In addition to the exercises, the 17th District also leveraged its partnership with the Alaska Army National Guard to use their hangar facilities in Kotzebue to house the helicopter and crew.

"We have facilities in locations around the state to meet local, state, and federal needs in the event of emergencies or urgent contingencies,” said Major Gen. Thomas H. Katkus, adjutant general of the Alaska National Guard and commissioner of the State of Alaska Department of Military & Veterans Affairs. “The Alaska National Guard's hangar in Kotzebue is a great facility that is positioned to benefit multiple users. Tremendous synergy is achieved in sharing this space with the Coast Guard. Our relationship greatly benefits the state while simultaneously providing services and safety assets that better protect and help Alaskans."