Screenshot of live camera feed on Youtube.
(Scroll down to see live feed embedded on this page.) 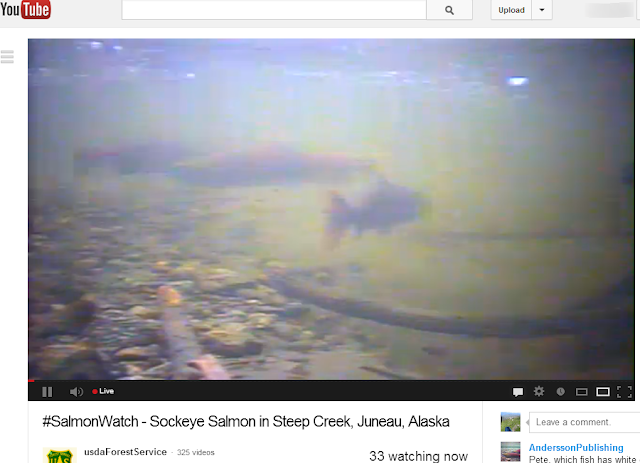 ........ The U.S. Forest Service camera is located at the mouth of Steep Creek, located at the Mendenhall Glacier Visitors Center in Juneau..... http://www.newsminer.com/news/alaska_news/underwater-cam-offers-views-of-sockeye-salmon-in-alaska/article_52d00292-f230-11e2-ba05-0019bb30f31a.html

Live camera feed Started on Jul 13, 2013
A live, underwater view of Steep Creek near the Mendenhall Glacier in Juneau, Alaska.