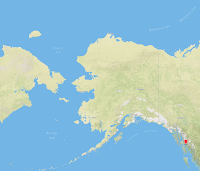 (SitNews) Wrangell, Alaska - When an Alaska timber town evolves into something new, a few dead giveaways tell the story. The boatyard overflows, a new harbor immediately fills up, marine-oriented businesses sprout, fish processing plants expand, and the local chatter revolves around a 300-ton vessel hoist arriving from northern Italy. This place would be Wrangell, population roughly 2,300.  Located in Southeast Alaska about 155 miles south of Juneau, the island community of Wrangell is surrounded by the 17-million-acre Tongass National Forest, the country’s largest. It’s a place where the forest products industry long reigned, employing hundreds of loggers, mill workers, longshoremen and others in support jobs. But the days of large-scale timber production have waned and Wrangell is diversifying its economy in a post-logging era. Some steps are paying off. The fishing, seafood processing and maritime industries have all been growing, breathing life and energy into what has been a moribund local economy. “It’s saved their bacon,” said Juneau seiner Bruce Wallace. “I’d guess about 60 percent of the money coming into Wrangell these days are fish dollars.” Wallace bases his vessel out of Wrangell. Between dock fees, lift fees, storage and accommodation costs for crew members, and money paid to contractors, Wallace spends tens of thousands of dollars each year in Wrangell getting his vessel ready.... http://www.sitnews.us/PaulaDobbyn/081013_wrangell_fishing.html

EPA draws fire in Congress
August 10th 2:14 pm | Carey Restino
Pressure against the U.S. Environmental Protection Agency regarding its Draft Watershed Assessment of the Bristol Bay region reached a boiling point last week as Republicans in the House of Representatives held the first congressional hearing on the subject. The EPA has drawn fire for taking what some are calling a pre-emptive strike against mining in the Bristol Bay watershed prior to the release of any formal plans from the Pebble Partnership, which has been developing a mining plan in the region for years, but has yet to file any formal paperwork with state or federal agencies. The Pebble Partnership said it plans to begin... http://www.thebristolbaytimes.com/article/1332epa_draws_fire_in_congress


Is this really on FOX news?? It's no mystery why most Alaskans in Bristol Bay oppose the Pebble mine http://t.co/kEzdQSC4Yw via @fxnopinion
— Corey Arnold (@coreyfishes) August 10, 2013


AK-WA Connection 2013: Operator seeks growth in Alaska shipyard
Seattle-based Vigor Industrial purchases Alaska Ship & Drydock in bid to capture new business in state’s resource-rich economy
Rose Ragsdale
For Alaska-Washington Connection
Week of August 11, 2013
Alaska Ship & Drydock, operator of Ketchikan Shipyard, is ready to make the most of new ties to Puget Sound and Portland, Ore. Purchased in 2012 by Vigor Industrial of Seattle, the shipbuilding and repair company has set sail in a new era of growth opportunities in Alaska. Ketchikan Shipyard, which is jointly owned by the City of Ketchikan, the Gateway Borough of Ketchikan and the Alaska Industrial Development and Export Authority, is operated by Alaska Ship & Drydock under long-term private/public partnership agreements. The shipyard, located in Alaska’s southernmost port, employs 140-160 workers and boasts 10,000-ton and 2,500-ton drydocks, 1,400 feet of deep-water pier space, land-level berths, a 61,774-square-foot covered fabrication.... http://www.petroleumnews.com/pntruncate/827115910.shtml

Sailing for Salmon
August 10th 2:15 pm | Christina Whiting
A well-known member of Bristol Bay's commercial driftnet fleet is looking for a captain and crew to fish for salmon next year. Energy, enthusiasm and knowing how to fish are requirements, as is knowing how to sail, since you'll be fishing from a sailboat. Matt Marinkovich is a commercial fisherman who has fished out of Bristol Bay for the past 30 years. A year-round fisherman in both Washington and Alaska, Marinkovich dreams of finding skilled and excited crew members to.... http://www.thebristolbaytimes.com/article/1332sailing_for_salmon
Nushagak River in Bristol Bay offers bright spot amid Alaska's king salmon gloom
Jerzy Shedlock
August 10, 2013
Fishermen yearning to reel in Alaska’s prized king salmon continue to face dismal returns across much of the state. Yet the biggest king salmon fishery in Bristol Bay continues to buck the trend as the Nushagak River completes a three-year king rebound unmatched by any other major Alaska waterway. The Alaska Department of Fish and Game has counted more than 110,000 kings swimming upstream this year -- more than the Kenai River, more than the Kuskokwim River, and more than the much-larger Yukon. In 2010, the Nushagak River saw its worse salmon king run...... http://www.alaskadispatch.com/article/20130810/nushagak-river-bristol-bay-offers-bright-spot-amid-alaskas-king-salmon-gloom

Another 40 years?
8/10/2013
An unfulfilled promise, after 40 years, tends heavily toward being an untruth.
Ketchikan's most determined hold out hope, but the masses do not believe the state or the federal government will build a hard link between Revilla and Gravina islands. The state surprised the masses this summer by announcing its latest draft Supplemental Environmental Impact Statement, showing seven options for Gravina access. The options include three involving ferries, two consisting of bridges and one labeled "no action." The surprise came in that few knew the state continued to study perhaps the most reviewed project in Alaska history. The facts — at least those on the surface..... http://www.ketchikandailynews.com/free/local-edit-weekend-bridge

Fukushima's Radioactive Water Leak: What You Should Know
Patrick J. Kiger
National Geographic News
Published August 7, 2013
Tensions are rising in Japan over radioactive water leaking into the Pacific Ocean from Japan's crippled Fukushima Daiichi nuclear plant, a breach that has defied the plant operator's effort to gain control. Prime Minister Shinzo Abe on Wednesday called the matter “an urgent issue” and ordered the government to step in and help in the clean-up, following an admission by Tokyo Electric Power Company that water is seeping past an underground barrier it attempted to create in the soil. The head of a Nuclear Regulatory Authority task force told Reuters the situation was an "emergency." (See Pictures: The Nuclear Cleanup Struggle at Fukushima.”)It marked a significant escalation in pressure for TEPCO, which has come.... http://news.nationalgeographic.com/news/energy/2013/08/130807-fukushima-radioactive-water-leak/


Doesn't it just feel BETTER when Obama and congress are away and not finding new ways to limit our freedoms?
— MATT DRUDGE (@DRUDGE) August 11, 2013


Latency from OME to ANC is 593 ms. Based on these results, it is likely that Nome remains on a satellite based system.
— TERRA Rollout (@TERRArollout) August 11, 2013