August 23, 2013
Murkowski gets it right on hydro, but Alaska's fish are critical #SmartGrid
Lindsey Bloom
August 22, 2013
Sen. Murkowski was right on the mark with her recent commentary in Alaska Dispatch. Diversifying Alaska’s energy portfolio is key to producing affordable energy for our state. In the commercial fishing industry we are high consumers of both electricity and water that are essential to keeping processing facilities throughout the state up and running. Affordable electricity helps fishermen throughout the state meet their bottom line..... http://www.alaskadispatch.com/article/20130822/murkowski-gets-it-right-hydro-alaskas-fish-are-critical

CDQ group battles delegation over quota
BY MOLLY DISCHNER, ALASKA JOURNAL OF COMMERCE
Published: 2013.08.22 12:45 PM
Alaska’s Congressional delegation is reluctant to talk about changes in the new Magnuson-Stevens Act until they’ve heard more from the state, but one thing is certain: they have no intention of changing the Community Development Quota allocations in the Bering Sea. That isn’t stopping Coastal Villages Region Fund, or CVRF, from continuing its campaign for more fish. Coastal Villages isn’t happy with the response it has gotten from the Alaska Congressional delegation, said spokesman Dawson Hoover. “For the delegation to hide behind the blanket of the CDQ program is an illusion,” Hoover said. Now, the CDQ group is rallying residents in the Western Alaska communities it represents. “The delegation is underestimating the power of the people in our region and they aren’t.... http://www.alaskajournal.com/Alaska-Journal-of-Commerce/August-Issue-4-2013/CDQ-group-battles-delegation-over-quota/ 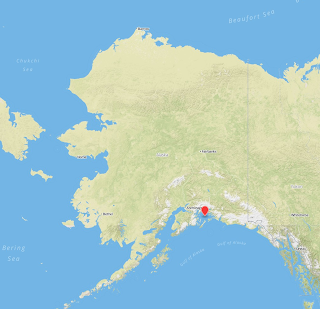 Behind Alaska's Pebble Mine controversy is a hidden-influence whodunit
BY RON ARNOLD | AUGUST 22, 2013 AT 9:35 PM
Six federally recognized Native Alaskan tribes and commercial fishing interests started what may well prove to be Big Green's biggest ballyhoo ever with a May 2010 letter to the Environmental Protection Agency against the proposed Pebble Mine -- a huge prospect of copper, gold, and molybdenum near the vast salmon runs of Bristol Bay. Pebble Limited Partnership, the mining company, saw the letter as a call for EPA to use Section 404(c) of the Clean Water Act -- the rarely used "preemptive veto" hammer -- that could block mine development before its plans were submitted. Robert Dillon, spokesman for Sen. Lisa Murkowski, R-Alaska, told me..... http://washingtonexaminer.com/behind-alaskas-pebble-mine-controversy-is-a-hidden-influence-whodunit/article/2534614

What boats fish where in Alaska – and where they call home
August 22, 2013 by Laine Welch
Many people are surprised to learn that 80 percent of Alaska’s seafood landings come from federal waters, meaning from three to 200 miles offshore. Management oversight falls to the North Pacific Fishery Management Council and they’ve compiled a user friendly booklet profiling the fishing..... http://www.alaskafishradio.com/what-boats-fish-where-in-alaska-and-where-they-call-home/

The Alaska Fisheries Report
Aug 22, 2013
Coming up this week: Mark Begich isn’t shy about getting tough with multi-national corporations when it comes to Alaska Seafood, the folks in Kake, are trying hard to save their landmark cannery, and you know what happens to your gear when you lose it? It winds up on a beach somewhere, and we talk with one of the people who help clean it up. We had a lot of help from fisheries reporters around the state, including FishRadio’s Laine Welch in Kodiak, KDLG’s Mike Mason in Dillingham, and KFSK’s Joe Viechnicki in Petersburg..... http://www.kmxt.org/index.php?option=com_content&task=view&id=4979


My letter to Microsoft's board: https://t.co/EZZ1y0faWn Hey @BillGates it is time to split Microsoft up, for one.
— Robert Scoble (@Scobleizer) August 23, 2013


LtGov Treadwell re: Orewell "Every freedom-loving American should read it, to make sure we don’t have to live it” http://t.co/51fQLtMrDO
— Hauling Gear #Alaska (@haulinggear) August 23, 2013