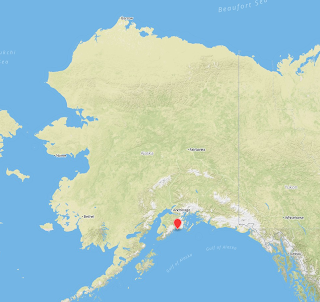 The aircrew rendezvoused with from the crew of the fishing vessel Beverly Ann, safely hoisted the injured crewmember, who reportedly suffered a head injury, and transported him to emergency medical personnel in Anchorage.

Coast Guard 17th District watchstanders received the report via satellite telephone from a crewmember aboard the Beverly Ann stating the 22-year-old fisherman was struck in the head by deck equipment and needed medical assistance. The watchstanders directed the launch of the helicopter crew.

“This case, the second medevac for the FOL Cordova aircrew in two days, shows the importance of the seasonal deployment,” said Lt. j.g. Theodore Borny, a watchstander at the Coast Guard 17th District Command Center. “Our forward operating locations reduce the time needed to respond to emergencies and allow us to transport mariners in distress to the medical care they need as quickly as possible.”

The Beverly Ann is a 54-foot purse seiner homeported out of Cordova.