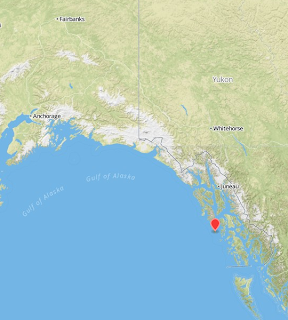 Coast Guard Searching For People Missing After Boat Sinks In Southeast
By Erik Neumann, KCAW - Sitka | August 2, 2013 - 6:26 pm
U.S. and Canadian Coast Guard personnel and several fishing vessels are currently looking for two people, out of a group of three, after their boat sank Thursday night off Cape Ommaney.... http://www.alaskapublic.org/2013/08/02/coast-guard-searching-for-people-missing-after-boat-sinks-in-southeast/

Watchstanders at Coast Guard Sector Juneau received a report of the people in the water from a survivor of the sinking over VHF-FM radio Friday morning. The watchstanders immediately issued an urgent marine information broadcast requesting the assistance of mariners in the area and directed the launch of the Jayhawk helicopter and cutter crews.

"We are working with our Canadian partners to place essential rescue crews in the area and maximize our ability to locate these two people," said Lt. Ryan Erickson, a command duty officer at Coast Guard Sector Juneau. "It's good news they were reportedly wearing lifejackets but the conditions in Alaska are harsh. We are attempting to locate them as quickly as possible as they may have been in the water for as long as 15 hours."

The survivor was rescued from the beach at Cape Ommaney by good Samaritans aboard the fishing vessel Otter Friday morning. They are currently en route to Sitka. The survivor reported his recreational landing craft sank at about 8 p.m. Thursday night while returning from a camping trip and that all three people had attempted to swim to shore wearing lifejackets.

Weather conditions on scene are reportedly 12 to 23 mph winds and 4-foot seas with good visibility. The seasonal water temperature for Southeast Alaska in August is in the 50s. Anyone with information regarding the missing crewmen are asked to call the Coast Guard Sector Juneau command center at 907-463-2991.