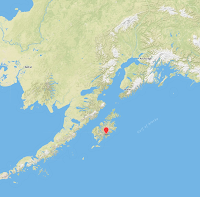 This project is scheduled to be completed in approximately two years and will allow the local civilians to land large aircraft on the remote island. Currently, the island can only be reached by cargo ships or small single-engine type aircraft. Transportation to and from the island is extremely limited due to the vast remoteness and rugged Alaskan terrain on the island. 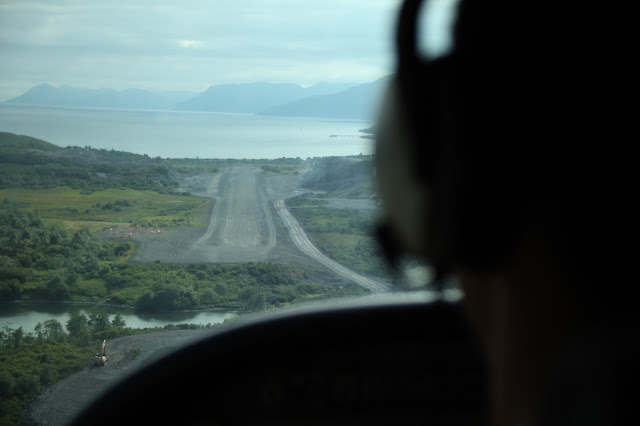 “The training we have been conducting is not only useful for building our skills as Marines, it is benefiting the people in Old Harbor,” said Lance Cpl. Andrew S. McClenagan, a 19-year-old heavy equipment operator with MWSS 473 from Amarillo, Texas. “I’m really excited to be here to help out the fishing communities and to make a big impact that will improve their economy and bring more jobs to the area.” 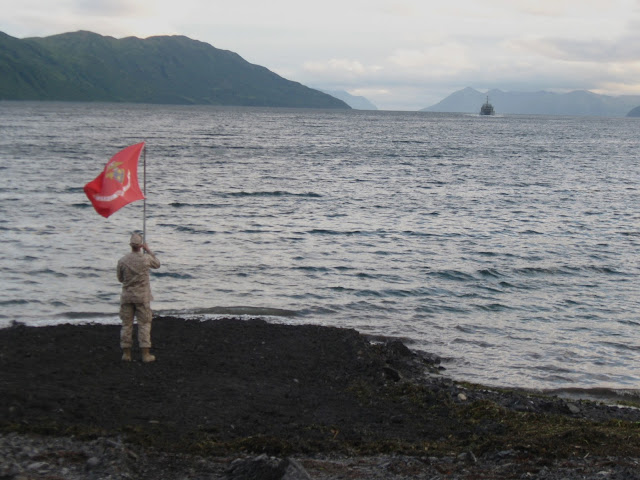 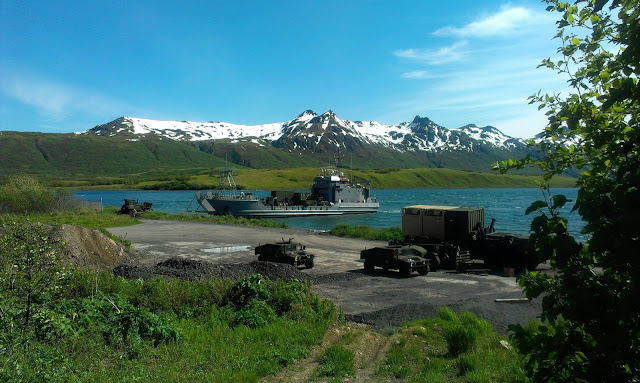 This project being undertaken by the group of reservist will expand the flight line and allow large aircraft to land on the village. Until the landing strip is completed, only small bush planes can land on Old Harbor. 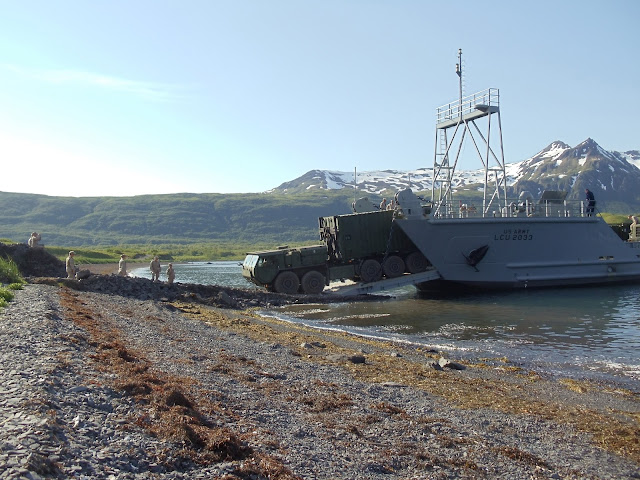 Along with the distance being expanded on the landing strip, the surrounding hills and mountains required the angle of their slopes to be changed. This required the Marines to move large amounts of dirt with their heavy equipment. Marines have moved more than 100,000 cubic yards of dirt so far.

The ability to land larger aircraft on the island will allow the villagers to export fish outside the village using aircraft and provide a potentially more profitable business. This will also provide the possibility of more jobs to be brought to the village of approximately 250 people.
Currently, no roads connect the fishing village to its neighboring city of Kodiak. The terrain surrounding the village is extremely mountainous and contains several glaciers. The added benefits of the expanded flight line will allow a better alternative than shipping fish by cargo ships to Kodiak, which takes eight hours.

“We have been putting in long days, but it is important that we work hard to finish this project for the villagers and improve their resources, said Lance Cpl. Dylan A. Kuehn, a heavy equipment operator with MWSS 473 from San Angelo, Texas. “It has been good to take part in training that benefits others, not just moving dirt.” Old Harbor has had a history of destruction in the past. In 1964, a tsunami destroyed most of the village except for a church that stood on a hill. Since that time period, the village has needed improvements and repairs from this destruction. 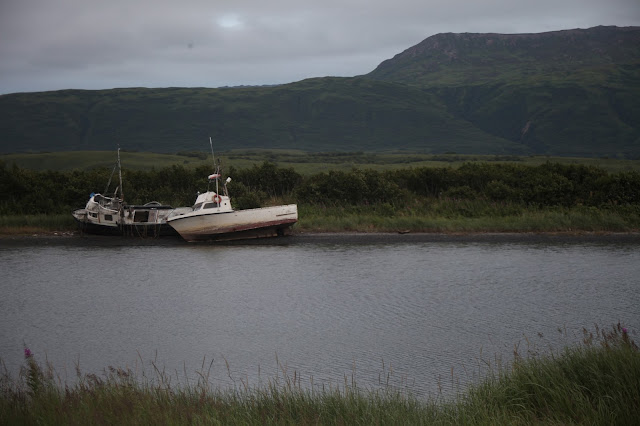 According to officials with the Innovative Readiness Training program, a Department of Defense program, the purpose of the Civil-Military Programs is to improve military readiness while simultaneously providing quality services to communities throughout America. 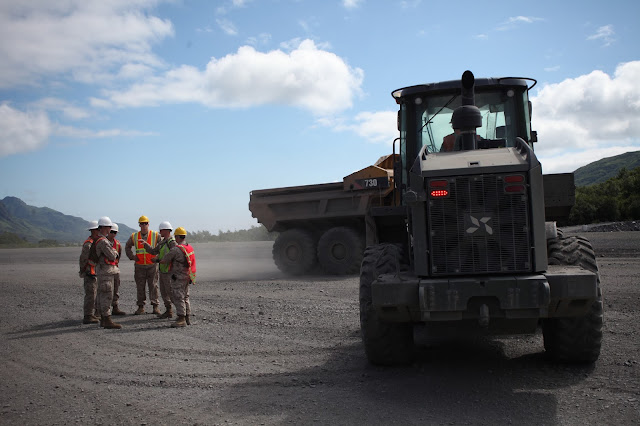 Village officials are currently discussing plans to build a hydroelectric dam in the village as well. This project if undertaken would request the reservist, allowing the Marines to gain valuable training and provide the villagers with needed services to improve their economy and way of life.

“This project when finished will better the living of the people here at Old Harbor, helping the fishermen with their business and bring more jobs and money to the area,” said McClenagan.