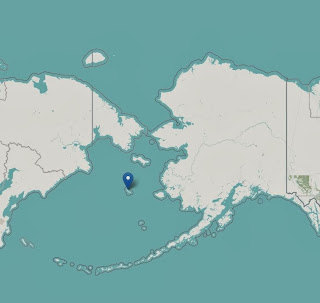 By Lauren Rosenthal
Thursday, October 03 2013
There will be one fewer fishery to go after when the Bering Sea crab harvest kicks off this month..... http://kucb.org/news/article/st-matthew-crab-fishery-closes-again/

Council selects preferred Steller sea lion management measures
BY MOLLY DISCHNER
Published: 2013.10.03 05:06 PM
The North Pacific Fishery Management Council carried its preliminary preferred alternative forward as the preferred alternative for a new Steller sea lion environmental impact statement today. The National Marine Fisheries Service, or NMFS, is preparing a new, court-ordered, EIS regarding protections for Stellar sea lions in the Aleutian Islands that limit certain fishing there. The council’s recommendation would include management measures that are generally less restrictive than those currently in place. The protections limit fishing for pollock, Pacific cod and Atka mackerel to protect Steller sea lion food sources in the western Aleutian Islands. The western population of the Steller sea lions is endangered, and NMFS has concluded that nutritional stress is the cause as a... http://www.alaskajournal.com/Blog-Fish-Bytes/Blogs-2013/Council-selects-preferred-Steller-sea-lion-management-measures/

Council initiates regulatory amendment on tendering issue
BY MOLLY DISCHNER
Published: 2013.10.03 04:06 PM
The North Pacific Fishery Management Council has asked the National Marine Fisheries to continue working on the revised marine observer program that was instituted this year, including initiation of a regulatory amendment to address tender activity and changing the protocol for king salmon genetic sampling. Council member Dan Hull made the motion, which was based largely on the Observer Advisory Committee’s recommendations. The council did not hear a report from the National Marine Fisheries Service, or NMFS, staff working on the observer program prior to public testimony and deliberations, as they usually would, because the staff could not attend due to the government shutdown..... http://www.alaskajournal.com/Blog-Fish-Bytes/Blogs-2013/Council-initiates-regulatory-amendment-on-tendering-issue/

Board of Fisheries set for annual work session
BY MOLLY DISCHNER, ALASKA JOURNAL OF COMMERCE
Published: 2013.10.03 11:25 AM
A new scallop management plan and Yukon River fishery changes are among the issues Alaska’s Board of Fisheries will consider discussing outside of its regular cycle at an Oct. 9-10 work session in Girdwood. Stakeholders and managers have asked the board to consider 14 out-of-cycle proposals via agenda change requests, or ACRs. State fisheries are considered by the board every three years, but it may add items to other meetings if it determines... http://www.alaskajournal.com/Alaska-Journal-of-Commerce/October-Issue-1-2013/Board-of-Fisheries-set-for-annual-work-session/

Court OKs AML-Northland Services Shipping Merger
By Jeremy Hsieh, KTOO - Juneau | October 3, 2013 - 12:04 pm
An Anchorage superior court judge has approved a deal allowing Lynden Inc. to buy out its shipping competitor, Northland Services. Right now, there are basically two ways to ship a lot of stuff in and out of Southeast Alaska: Alaska Marine Lines or Northland Services. So when Lynden, AML’s parent company, announced in April it was buying its competitor, the risk of a regional shipping monopoly raised a red flag at the Alaska Department of Law. The department put together a deal that leaves Southeast Alaska with two competing carriers: AML and the soon-to-expand Samson Tug & Barge. The plan requires AML to assist Samson with its expansion into Southeast. The specifics are confidential, but Samson would buy assets from AML, lease space aboard AML barges... http://www.alaskapublic.org/2013/10/03/court-oks-aml-northland-services-shipping-merger/
Communities can craft own catch share programs: 7 elements to consider
October 3, 2013 by Laine Welch
Like it or not, catch share programs are a preferred tool for federal fishery managers. For any program, seven topics should drive the decisions that will change fisheries forever.  A straightforward list has been compiled by Duncan Fields, a lifelong Kodiak fisherman and a North Pacific Council member. Here is a sampler.... http://www.alaskafishradio.com/communities-can-craft-own-catch-share-programs-7-elements-to-consider/

The Alaska Fisheries Report
Posted on October 3, 2013 by KMXT Radio News | Leave a comment
Coming up this week: How the federal shutdown is affecting NOAA Fisheries and the National Weather Service; Thanks to Obamacare, being a fisherman is... http://kmxtnews2012.wordpress.com/2013/10/03/the-alaska-fisheries-report-17/

What’s that brown algae floating in Kachemak Bay?
No complete answer yet: Science takes a back seat to politics during this time of government shutdown
Oct 3rd, 2013
By Naomi Klouda
Homer Tribune
A brown sludgy plankton bloom slogging into small bays that rim Kachemak Bay is raising concerns on how it may impact the delicate filtration systems of shellfish and other marine life. The plant life is described as four or five feet deep in its most concentrated areas..... http://homertribune.com/2013/10/whats-that-brown-algae-floating-in-kachemak-bay-%E2%80%A2-no-complete-answer-yet-science-takes-a-back-seat-to-politics-during-this-time-of-government-shutdown/

Court upholds slaying of sea lions to save salmon
GRANTS PASS, Ore. — An appeals court has upheld killing sea lions that eat too many salmon at Bonneville Dam on the Columbia River.... http://www.nationalfisherman.com/news-events/top-news/2423-federal-appeals-court-upholds-slaying-of-sea-lions-to-save-salmon

BP’s Well Control Exec Says He Was Unprepared For U.S. Gulf Blowout
BY REUTERS ON OCTOBER 3, 2013
NEW ORLEANS, Oct 2 (Reuters) – BP’s manager in charge of controlling the Macondo blowout in 2010 was never trained to permanently plug a ruptured oil well and said in court on Wednesday the British company was not fully prepared for the worst offshore oil spill in U.S. history.... http://gcaptain.com/bps-control-exec-unprepared/

Moscow steps up control over Far Eastern fish imports
October 4, 2013 Viktor Kuzmin, special to RBTH Asia-Pacific
Russia is refusing to lift a ban on fish imports from around 250 Japanese companies. Japanese fish may soon be replaced in the Russian markets by domestic, Mediterranean and Latin American supply..... http://rbth.asia/economy/2013/10/04/moscow_steps_up_control_over_far_eastern_fish_imports_48903.html

SCIENTIFIC METHOD / SCIENCE & EXPLORATION
What science tells us about the safety of genetically modified foods
GMO foods are safe to eat, but they pose challenges in the environment.
by John Timmer - Oct 4 2013, 5:58am ADT
Many aspects of modern technology make people a bit uneasy, but genetically modified foods may be in a class by themselves. Labs all around the world make genetic modifications of organisms—bacteria, plants, and animals—365 days a year. And some of the results of that work have been ingested by humans for years, often in the form of life-saving drugs. But genetically modified crops remain controversial around the globe, and while they're commonly used in the US, they have almost no presence in the European market. The worries about GMO foods largely focus on their safety, but much of the debate ignores the extensive studies that have been done to understand both the potential risks and what we've learned... http://arstechnica.com/science/2013/10/what-science-tells-us-about-the-safety-of-genetically-modified-foods/


We are dedicated to our mission: the protection of life & property. Our mets/staff @ ur @usNWSgov in #Anchorage will remain here 24/7 #AKwx
— NWS Anchorage (@NWSAnchorage) October 1, 2013