Anxious Bering Sea crabbers stuck onshore until federal government shutdown ends
Jim Paulin
Dutch Harbor Fisherman
October 12, 2013
Bering Sea crabbers feel like they've been “rammed” by Congress, even though what they really need is the reopening of RAM — the federal Restricted Access Management program -- so they can fish in time to sell on the lucrative Japanese New Year's market. Tuesday’s scheduled opening of the valuable Bristol Bay red king crab season could be delayed because of the shutdown of federal agencies including the National Marine Fisheries Service's RAM program, which issues individual fishing quota permits. "We're pretty concerned about it," said crab fishermen's representative Jake Jacobsen of the Inter Cooperative Exchange (ICE). "We can't set pots until we have an IFQ permit on board the vessel." He hopes the RAM staff in Juneau will soon be "unfurloughed."... http://www.alaskadispatch.com/article/20131012/anxious-bering-sea-crabbers-stuck-onshore-until-federal-government-shutdown-ends

Federal shutdown could keep crab fishermen on the docks
BY MOLLY DISCHNER, ALASKA JOURNAL OF COMMERCE
Published: 2013.10.10 02:11 PM
Alaska’s crab fisheries could be a casualty of the government shutdown. All crab seasons officially open Oct. 15, but as of Oct. 8, the National Marine Fisheries Service did not have the staff to issue permits before the season started. The Alaska Department of Fish and Game, or ADFG, announced the total allowable catch, or TAC, for Bering Sea tanner crab and Bristol Bay red king crab Oct. 4, and for Bering Sea snow crab on Oct. 8. Although all seasons open Oct. 15, Bristol Bay red king crab are the first to be.... http://www.alaskajournal.com/Alaska-Journal-of-Commerce/October-Issue-2-2013/Federal-shutdown-could-keep-crab-fishermen-on-the-docks/ 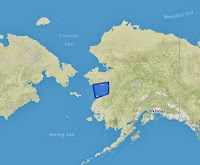 NPFMC will look further into salmon halibut bycatch
Posted 10/13/2013
by - Margaret Bauman
Final action is still many months away, but after hours of wrestling anew over trawl fisheries' incidental harvest of salmon and halibut in the Gulf of Alaska and salmon in the Bering Sea, federal fisheries managers have requested more information. The North Pacific Fishery Management Council, during its October meeting in Anchorage, spent more than a third of the five day council session hearing long reports and testimony on these... http://www.thecordovatimes.com/article/1341npfmc-will-look-further-into-salmon-halibut 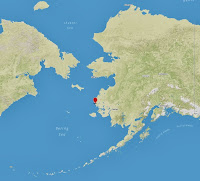 October 10, 2013
Alyssa Shanks, economics analyst from the State of Alaska, was cautiously optimistic about Seward’s prospects for growth as she addressed local business leaders at Friday’s Seward Chamber of Commerce luncheon. Dominated by government and NGO non profit spending, Seward’s two standout private enterprise economic drivers are tourism and seafood. Shipping and transportation has seen an uptick and healthcare and.... http://www.thesewardphoenixlog.com/story/2013/10/10/local/local-growth-is-a-mixed-bag/1921.html

Fishermen, farmers, physicists feel shut down
Permits have not been issued for king crab season's opener
By Richard Simon, Los Angeles Times
Published: October 13, 2013, 6:00 AM
WASHINGTON -- The crabbers are getting, well, crabby.
With the offices of the National Marine Fisheries Service closed because of the federal government shutdown, fishermen have been unable to get permits for the Alaska king crab season, which begins Tuesday. "Instead of a fiscal cliff, right now we're facing a fishing cliff in the Bering Sea unless Congress acts before the season is scheduled to start on Oct. 15," said Rep. Suzan DelBene, D-Wash. "This is the first time in my 28 years of fishing that I haven't been in the Bering Sea in October getting ready to go fish," said Keith Colburn, a crabber who journeyed to Capitol Hill on Friday to...... http://www.columbian.com/news/2013/oct/13/fishers-farmers-physicists-shut-down/

Group digs in vs. fed 'habitat' plans
The Northeast Seafood Coalition scored a significant victory this week when it helped fight off additional fishery closures related to what it regarded as unwarranted efforts to protect the harbor porpoise..... http://www.nationalfisherman.com/news-events/top-news/2461-group-digs-in-vs-fed-habitat-plans


"The internet was invented for everyone, not just rich people" @ericschmidt on expanding connectivity to the whole Arctic
— The Arctic Circle (@ArcticAssembly) October 13, 2013


Alice Rogoff: US Coast Guard sources say the decision has been made to build a deepwater port at Port Clarence (near Nome). #arcticcircle
— Arctic News & Policy (@alaskarobin) October 13, 2013


Greenpeace taking the mic- planting flags for all? Wonder if they rowed a boat to Arctic? #greenpeace
— charissemillett (@charissemillett) October 13, 2013


Overheard: The #ArcticCircle is a way for 'southerners' to explain why they should get a slice of the Arctic.
— Arctic Journal (@arctic_journal) October 13, 2013


Murkowski: Alaskans are worried the US federal government wont follow thru on what it means to be an Arctic nation. #arcticcircle
— Arctic News & Policy (@alaskarobin) October 13, 2013


For insider reasons too muddy to explore, KTUU is under an FCC obligation to offer its signal throughout 2014 to GCI http://t.co/0hM6XFt2jq
— Hauling Gear #Alaska (@haulinggear) October 13, 2013