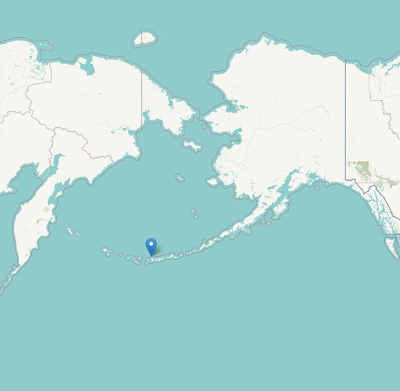 The good Samaritans, responding to a Coast Guard issued urgent marine information broadcast, were first on scene about 69 miles west of Adak and rescued the crewmen from the life raft. All five mariners are reportedly in good condition and will transit to Adak aboard the Seattle-based longliner Aleutian Beauty.

Coast Guard 17th District command center watchstanders in Juneau received a personal locator beacon alert followed by an EPIRB alert Sunday morning prompting callouts to the vessel, issuance of the UMIB and the launch of Kodiak-based Coast Guard aircraft in Kodiak and deployed to Cold Bay and Sitka.

“The assistance of good Samaritans like the crew of the Aleutian Beauty is vital to saving lives in Alaska where we are regularly faced with harsh conditions and vast distances,” said Lt. Colin Boyle, a search and rescue controller with the 17th District command center. “Preparedness is integral to survival and the Western Venture crew were proactive with their use of survival gear allowing them to stay alive until good Samaritans and our HC-130 Hercules airplane crew arrived on scene.”

Weather conditions on scene were reportedly 22 mph winds with seas up to four feet and good visibility.

At last report the 59-foot Kodiak-based Western Venture is still afloat and emitting smoke from a reported fire aboard the vessel. The fishing vessel is unlit and adrift. A broadcast notice to mariners has been issued to alert those in the area of the hazard to navigation. Coast Guard Sector Anchorage personnel will investigate the cause of the fire and work with the owner to determine if salvage of the vessel is possible. The Western Venture reportedly has a potential fuel load of 4,300 gallons of diesel and other oils. It is unknown at this time exactly how much fuel was aboard the vessel when the fire occurred or if any of it has been burned up.

The Coast Guard reminds all mariners to ensure they have required emergency equipment aboard their vessel, to register their EPIRBS and to conduct emergency drills at least once a month.