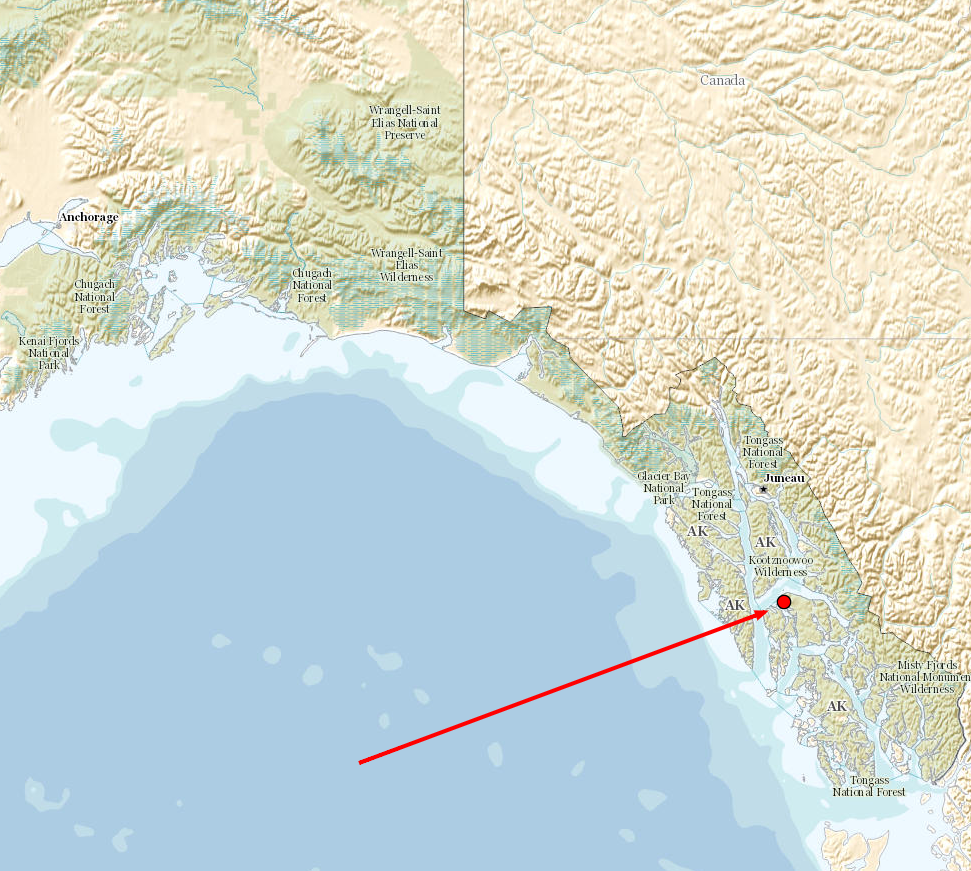 KODIAK, Alaska — The Coast Guard is monitoring and coordinating response efforts to a gasoline spill in Kake, Saturday.

Alaska Department of Environmental Conservation and the city of Kake first responders worked together to mitigate the reported spill of 7,000 gallons of gasoline in the local harbor. All vessels were removed from the harbor and local police secured access to the area and holding tank. The local fire department also assisted by using vapor mist to aid in clean up and drive away the fumes.

Watchstanders from Coast Guard Sector Juneau received a report of approximately 7,000 gallons of unleaded gasoline spilled due to a rupture in a tank’s pipeline in the harbor. The pipeline ran beneath a floating pier and was severed by the pier during tidal changes overnight.

“The Coast Guard is providing oversight and coordination of the cleanup to ensure the mitigation of any potential environmental harm,” said Senior Chief Petty Officer Chad Mountcastle, a Coast Guard Sector Juneau command center supervisor. “The coordination between the Coast Guard, city of Kake and Alaska Department of Environmental Conservation resulted in faster dissipation of the spill for the safety of all residents.”

The weather at the time of the incident was reportedly winds at 20 mph that blew the fumes away from the city.

Stopping to consider Alaska's import-export ebb and flow
Erin McKittrick
December 14, 2013
TACOMA, Wash. -- The ocean fits in giant boxes here -- great rectangular harbors carved to fit the bulk of a container ship. I look out across an empty slip, listening as a pneumatic hammer starts up, then another, their staccato sounds joined by the beeps of reversing trucks and the dull grumble of engines. We return to the van, aimlessly circling the purposeful buzz of trucks and machinery in the sprawling Port of Tacoma. Gas flares from the top of a refinery. Claw-like cranes feed a mountain of logs into a great debarking machine. We drive past vast parking lots -- here a row of.... http://www.alaskadispatch.com/article/20131214/stopping-consider-alaskas-import-export-ebb-and-flow

Museum of the Aleutians reopens
Jim PaulinDutch Harbor Fisherman
December 14, 2013
Following a major overhaul and four-month closure to install new exhibits, the Museum of the Aleutians held a grand reopening last weekend. The interior landscape has changed dramatically at the Salmon Way institution in Unalaska. The ceremonial event took place over a two-day period, on Friday and Saturday. The weekend kicked off with an invitation-only opening Friday for various dignitaries and higher-level financial supporters of the nonprofit organization. The new permanent exhibit is a far cry from the former collection of glass cases and posters and more effectively engages the imagination, with exhibits.... http://www.alaskadispatch.com/article/20131214/museum-aleutians-reopens

Thursday December 12, 2013
New group has been formed to represent independent fishermen across Canada (audio)
Small fish-processors say they are facing a dismal future and they're calling for government help... http://www.cbc.ca/fisheriesbroadcast/episodes/2013/12/12/new-group-has-been-formed-to-represent-independent-fishermen-across-canada/


“@darrin_672: I’m moving to Alaska to live on fresh caught salmon and hang out with grizzly bears.” < We’ll leave the light on for you.
— Copper River Salmon (@CopperRiverWild) December 15, 2013


Thinking about the Chinese hardware now sitting on the moon. Perhaps some day the rich and famous will have their 6Flags rides w/ 0.1654 g ?
— Hauling Gear #Alaska (@haulinggear) December 15, 2013