January 23, 2014
Setnet ban backers heading to court over denied ballot initiative
Craig Medred
January 22, 2014
The Alaska Fisheries Conservation Alliance has gone to court in an effort to allow voters to decide whether commercial salmon setnets should be banned in Cook Inlet and other urban areas of Alaska. At a sometimes contentious press conference with reporters and some setnetters on Wednesday in Anchorage, the group expressed the belief that 49th state voters have a fundamental right to decide the types of gear used to catch fish in Alaska. One of the first statewide votes put to the people was an initiative to ban fish traps. Fish traps, which direct fish into pens where they can be held until scooped out and processed, had been an Alaska institution prior to statehood. The owners of the fish traps were not compensated for being put out of business. Matt Singer, an attorney for the Alliance, said setnets are in their way no different than fish traps. Those engaged in the setnet fishery, however, saw it otherwise. "Why is it OK for me to lose my job?" asked author, former Alaska Magazine editor, and....... http://www.alaskadispatch.com/article/20140122/setnet-ban-backers-heading-court-over-denied-ballot-initiative
Alaska Salmon Pass Fish Co. Test for Fukushima Radiation
Matthew F Smith, Digital Producer
POSTED: 08:10 PM AKST Jan 22, 2014    UPDATED: 08:20 PM AKST Jan 22, 2014
A Seattle-based seafood company says independent testing has found “no indication” of radiation in their Puget Sound and Southeast Alaska salmon, even as two Alaska samples showed telltale “traces” linked to Japan’s Fukushima nuclear disaster. The March 2011 partial nuclear reactor failures in Fukushima, Japan have been the focus of Food and Drug Administration monitoring—and public scrutiny—since the disaster happened. During the crisis, radioactive material was released into the Pacific Ocean, igniting concerns of ecosystem damage and Pacific seafood stocks. The FDA said in a September update that there is “no... http://www.ktuu.com/news/news/alaska-salmon-pass-fish-co-test-for-fukushima-radiation/-/21043658/24067882/-/h371ne/-/index.html
http://www.newsminer.com/news/local_news/dec-fukushima-radiation-not-concern-for-alaska/article_26787c32-840d-11e3-95c1-001a4bcf6878.html

Wednesday, January 22, 2014
Walmart Agrees to Work With ASMI on Sustainability Particulars
The nation’s largest retailer has reaffirmed its commitment to buy Alaska seafood, and will work with the Alaska Seafood Marketing Institute on sustainability issues to meet needed criteria. Doug McMillon, incoming president and chief executive officer of Walmart, said in a letter to Sen. Mark Begich, D-Alaska, on Jan. 21 that the company is excited that ASMI has agreed to work with Walmart to ensure the Responsible Fisheries Management standard employed by... http://fnonlinenews.blogspot.com/2014/01/walmart-agrees-to-work-with-asmi-on.html

Begich, Pebble Disagree Over EPA Findings
Posted: January 22, 2014 at 12:40 pm
U.S. Senator Mark Begich recently said he appreciates the findings in the EPA’s Bristol Bay Watershed Assessment and said his decision to support the Pebble project would be based on this report.... http://radiokenai.net/begich-pebble-disagree-over-epa-findings/

Between Christmas and New Year’s Eve of 2013, the National Oceanographic and Atmospheric Administration (NOAA) opened a one month nationwide window for comments on its study results of acoustic noise on marine mammals.  However, given the timing very few Alaskans or Americans knew about the opportunity – and Senator Lisa Murkowski called it an “unwelcome holiday surprise” while pressing the administration for more time.

Today, NOAA responded to her call and added 45 days to the comment period for interested parties to participate, which was initially scheduled to end next Monday.  The new deadline will be March 13th.

On December 27th, NOAA released its Draft Guidance for Assessing the Effects of Anthropogenic Sound on Marine Mammals. This guidance would be used by federal agencies and other stakeholders to predict a marine mammal’s response to sound exposure from a wide-range of activities, including construction, shipping, resource development, and military operations.

“I want to thank NOAA for reconsidering the amount of time they were providing the public to comment on this critical issue. When you think about Alaska, this guidance will impact our coastal communities, the maritime sector, the transit of goods, the fishing industry, oil and gas – basically anyone who is out on the water,” said Murkowski.  “If you are going to have good process and get meaningful feedback on such a complex issue, you have to allow for time to weigh in.”

Federal Appeals Court Ruling Could Impact Arctic Oil Development
Ruling could impact $2.7 billion in petroleum leases off Alaska coast
Caslon Hatch, Health, Science and Technology Reporter
POSTED: 01:10 PM AKST Jan 22, 2014    UPDATED: 11:50 PM AKST Jan 22, 2014
Anchorage - A federal appeals court has ruled that federal regulators conducted inadequate environmental studies before selling $2.7 billion in petroleum leases off Alaska's northwest coast. The decision could affect leases acquired in 2008 by Royal Dutch Shell in the Chukchi Sea. The company is considering additional exploratory drilling there this year.... http://www.ktuu.com/news/news/federal-appeals-court-ruling-could-impact-arctic-oil-development/-/21043658/24060370/-/ea4j83z/-/index.html
Salmon reigns in easy preparation
By Jennifer Roy
UPDATED:   01/22/2014 12:34:34 PM EST
Ah, the salmon: state fish of Alaska, king of the open river, a migratory adventurer, and a major food source for bears and humans. Anyone who knows me knows I have a certain disdain for the fish, but as a chef, it's imperative that I know how to prepare it seven ways from Sunday. I actually... http://www.lowellsun.com/latestnews/ci_24965553/salmon-reigns-easy-preparation 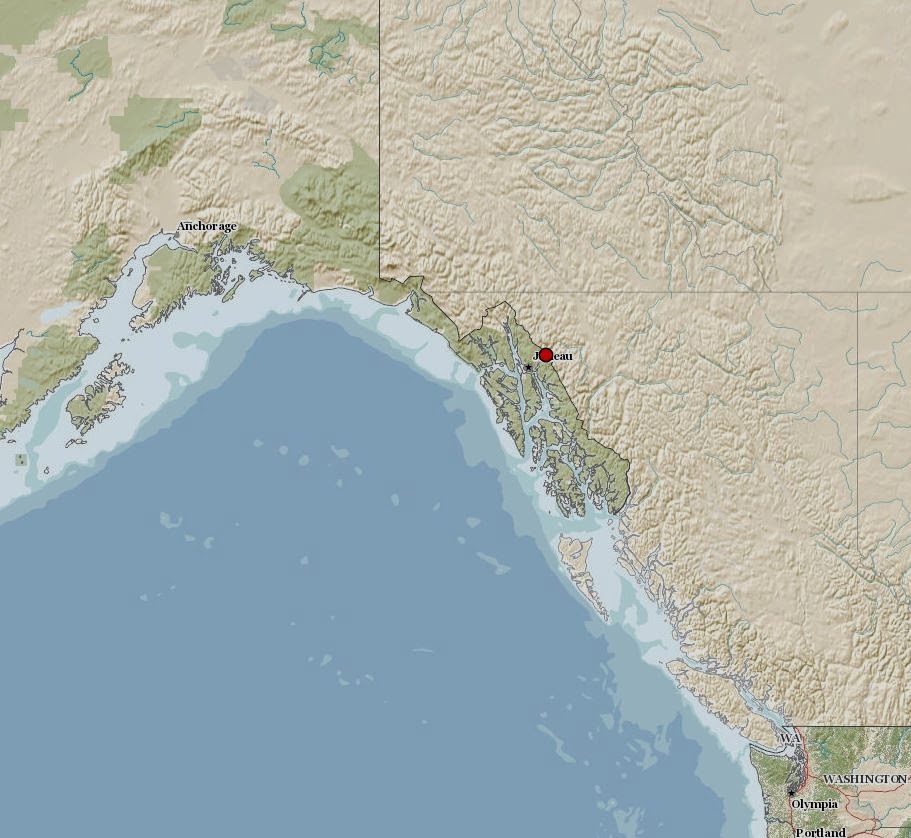 First Nation sues Kamloops area mine builders
The Canadian Press
Published Wednesday, January 22, 2014 12:40PM PST  Last Updated Wednesday, January 22, 2014 1:13PM PST
VANCOUVER -- A B.C. First Nation has launched a lawsuit in an attempt to stop a struggling, but potentially lucrative, mine in the northwest corner of the province. The Taku River Tlingit has filed a notice in B.C. Supreme Court... http://bc.ctvnews.ca/first-nation-sues-kamloops-area-mine-builders-1.1651245

Computer chips in food packaging could 'text people when food is going off'
By Telegraph staff 12:51PM GMT 22 Jan 2014
Scientists have developed the gadget for packets of perishable foods, which can tell when the contents are nearing their use-by date. Computer chips in futuristic food packaging could warn consumers when their food is about to go off, it has been reported.... http://www.telegraph.co.uk/technology/news/10589386/Computer-chips-in-food-packaging-could-text-people-when-food-is-going-off.html


Breaking news! The @kikkanimal will be let loose as a member of #TeamUSA: pic.twitter.com/Oxz2CkrBo0
— BP Team USA (@BPTeamUSA) January 22, 2014


Where else would you see Halibut on the Public School Lunch Menu? Cc @AKSalmonProject pic.twitter.com/ypI9V2i7ZV
— Joel Jackson (@ALASKANJACKSON) January 23, 2014


The Ketchikan School District is serving local fish to the students! @ALASKANJACKSON We love this! #salmonlove
— The Salmon Project (@AKSalmonProject) January 23, 2014