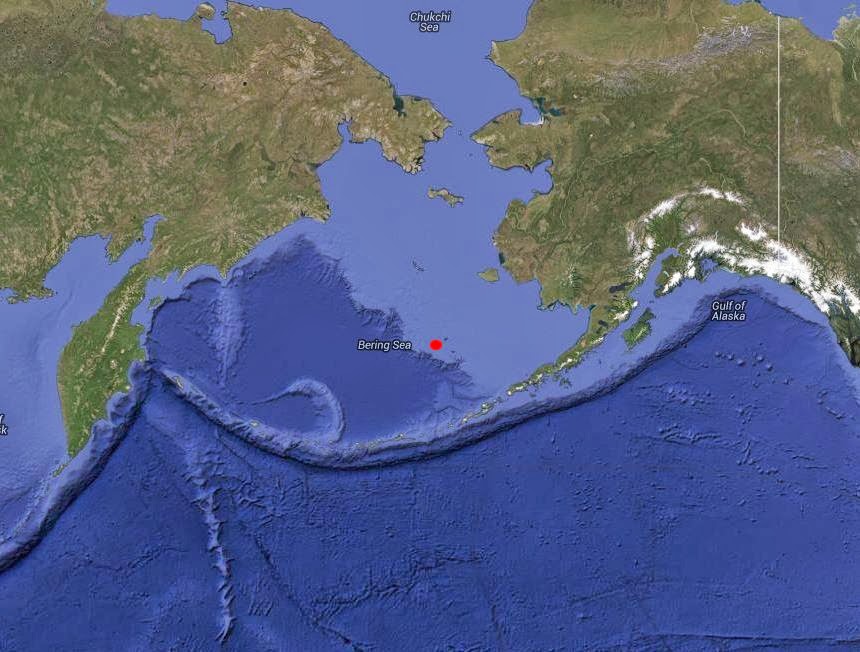 A Coast Guard MH-65 Dolphin helicopter crew from Air Station Kodiak, forward deployed aboard the Coast Guard Cutter Munro, transported the man to emergency medical services in St. Paul after he was transferred to the Munro from the Prowler.

“This case serves as an example of the versatility of our assets within the Bering Sea and North Pacific,” said Lt. Cmdr. Doug Watson of the Coast Guard 17th District response management department. “The crew of the Munro and its embarked Dolphin flight crew provided a timely response to the crew of the Prowler and demonstrated the value of both our sea and air assets.”

Weather conditions at the time of the medevac were reportedly 11-mph winds with calm seas and rain showers. The Prowler is a 109-foot vessel homeported in Petersburg.